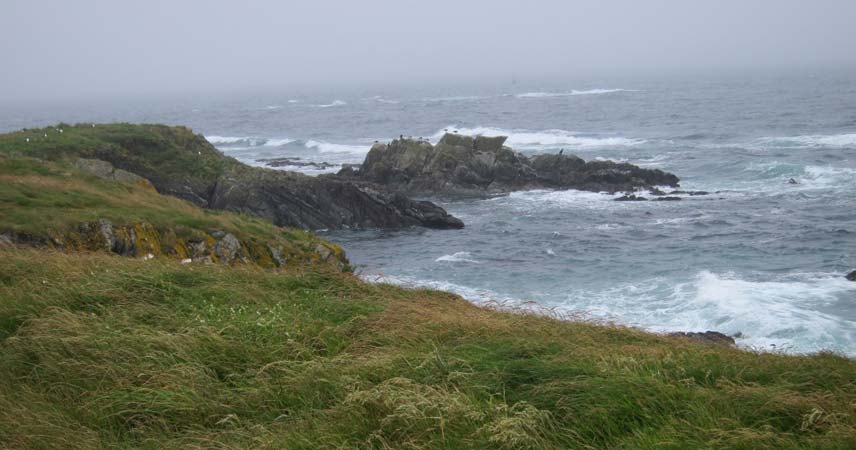 Looe Island, also known as St George’s Island, lies a mile off the coast of the popular tourist destination of Looe. A haven for wildlife, the island has an interesting history, and a more than a little mystery surrounding it…

Legend has it that Joseph of Arimathea came here. The Romans certainly set foot on the island – Roman coins were discovered during a Time Team dig in 2008. Then there are the stories about the Atkins sisters, who bought the island in 1964 and later bequeathed it to the Cornwall Wildlife Trust.

If you opt for one of the guided tours led by the wardens, they’ll tell you more about the sisters, how they came to own the island, and what life was like for them. Evelyn Atkins also wrote two books about their experiences – We Bought an Island and Tales from our Cornish Island, which you can buy online or on the island. 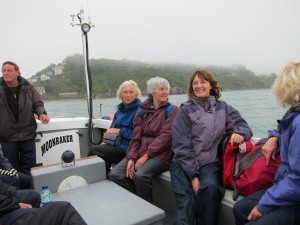 While the weather wasn’t perfect during our trip, it was certainly atmospheric – particularly when the sheep appeared over the brow of the hill out of the mist. Our guide was enthusiastic and full of interesting snippets of information about the island and its residents (off all species!)

The island has one the largest breeding colonies of great black-backed gulls in Cornwall. With a wingspan of around 1.5m, these magnificent birds are easy to spot.

Grey seals are frequently spotted off the coast, and in the visitor centre you can see the pictures of the seals regularly sighted, including the famous Lucille (or Looe seal!)

It’s also a haven for numerous species of butterflies, and home to a small herd of Hebridean sheep.

Visitors are welcome during the summer months. The crossing to the island takes about 20 minutes. There are two options for visiting the island – a self-guided tour following the waymarked path around the island, or a 2-hour guided tour led by the wardens who live there. Guided walks cost £16 (including the boat trip, max 12 people) are a fascinating way to find out more about island life and the ongoing wildlife and conservation projects.

To find out more, take a look at Cornwall Wildlife Trust’s Looe Island webpages.If you fancy staying on the island, they’ve even got a tipi you can book for short breaks.

Highly recommended for wildlife enthusiasts or people who enjoy getting off the beaten track.

Note: Dogs aren’t allowed on the island, and there are no refreshments available – bring a bottle of water with you.