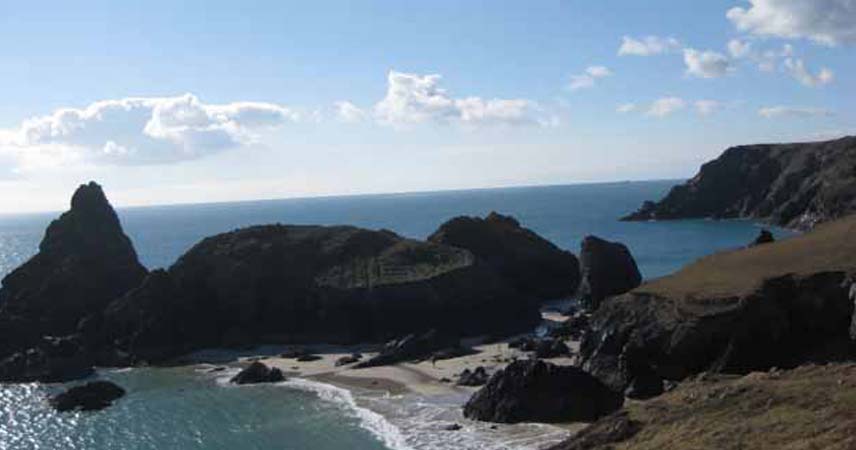 Cornwall’s beaches are renowned as some of the best in the UK. And Kynance Cove is certainly one of the most memorable. With its dramatic rocky outcrops and clear turquoise waters, it can feel like you’re much further away from home. Looking down on the cove from the cliffs on a sunny day, it’s reminiscent of parts of New Zealand. 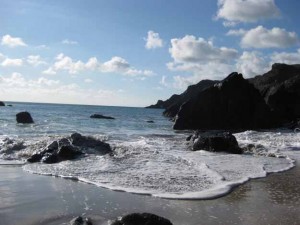 Tourists have been beating a path to Kynance Cove since Victorian times. The Lizard Peninsula became a popular holiday destination after Queen Victoria and Prince Albert visited the area in 1846.

The walk down to the beach is a steep one, but it’s definitely worth it. No doubt about it, Kynance is stunning. There’s plenty here for families, as the white sand is perfect for creating sand sculptures and castles, and there are several of caves to investigate (the tide can come in quickly at Kynance, so keep an eye on it to make sure you don’t get cut off). 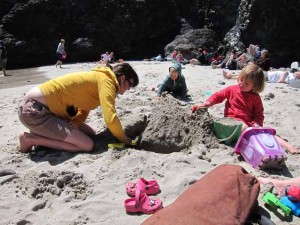 If you fancy stretching your legs, you can walk round to Lizard Point (2 miles), the most southerly point of mainland UK. There you’ll find the Lizard lighthouse, which is now also home to the heritage centre. You might also like to visit the Lizard Lifeboat Station, where you can see the lifeboat and find out about the work the RLNI do on this stretch of the coast.

For a longer walk, follow the coast path round to Mullion Cove (approx 4 miles). The views along the route are fantastic. When it’s stormy, the harbour walls at Mullion bear the brunt of the force of the Atlantic, as the waves dash themselves against the stone.

The journey from Bosinver to Kynance Cove takes around 1 hour 15 minutes by car. Post code for Sat Navs: TR12 7NT.

Kynance Cove is owned and looked after by the National Trust. You can find out more about the area on their website. There’s a seasonal dog ban on the beach. 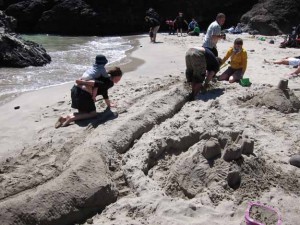 if you’re in need of some refreshment, the Kynance Cove Cafe is a good range of food and drink on offer, including delicious crab sandwiches, Cornish pasties, homemade cakes cream teas, and of course, ice cream. There’s also a small shop which sells everything you need for the beach, from sunscreen to buckets & spades and kids’ wetsuits.