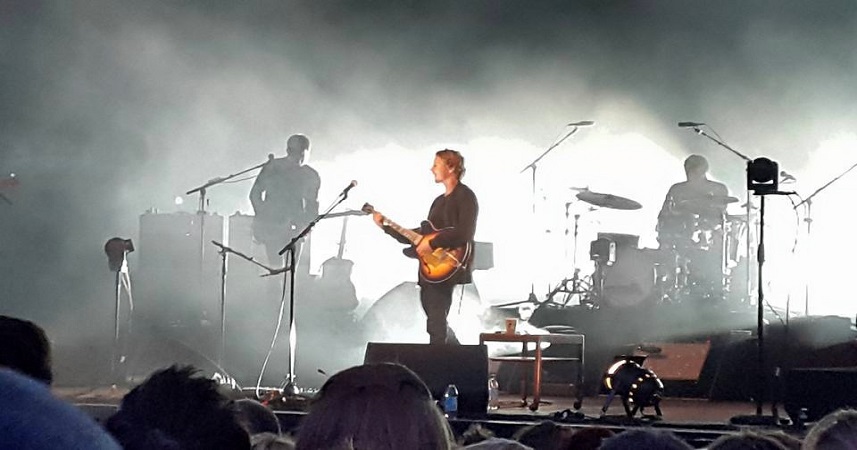 There’s nothing like seeing one of your favourite bands perform outdoors. With a backdrop of some of the most beautiful scenery in the UK, summer music festivals in Cornwall have become increasingly popular. And whether you prefer laid-back and quirky events to big name, high energy acts, there’s something for you in Cornwall.

Here’s our round-up of some of the best music festivals in Cornwall this summer.

Falmouth International Sea Shanty Festival takes place at the beginning of June each year, with shanty groups coming from across the UK, Brittany and beyond. There’s a huge range of free performances in pubs around the town and on outdoor stages in key locations. Look out for famous Cornish shanty singers, The Fishermen’s Friends, who usually perform during the weekend.

A festival with an enviable location. Tunes in the Dunes takes place right on the golden sands of Perranporth beach. Now in its third year, Tunes in the Dunes grew out of the incredible live music programme at Perranporth’s pub on the beach, The Watering Hole. Enjoy dancing barefoot on the sand with a cold beer as the sun goes down over the sea… Top names for 2017 include KT Tunstell, Clean Bandit, Billy Ocean, Example and The Levellers. 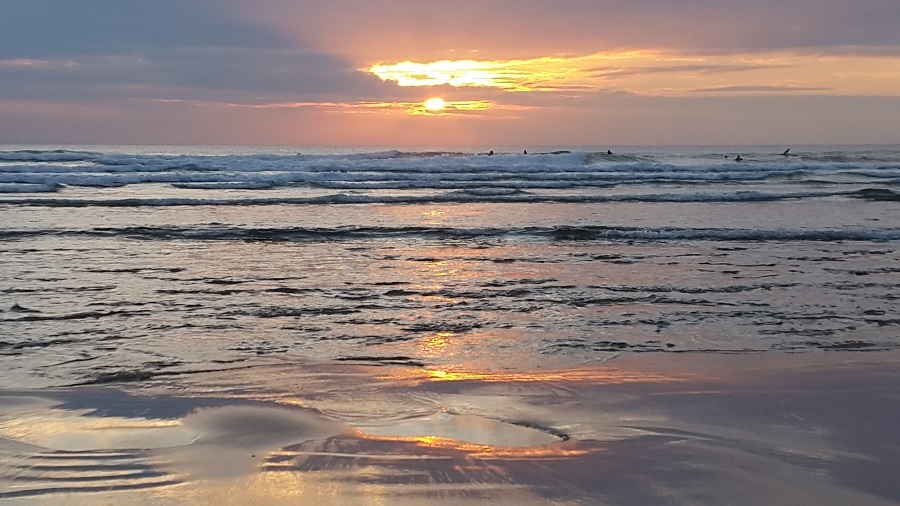 The Tropical Pressure Festival is a celebration of the rich cultures of Africa, Latin America and the Caribbean. Set on a beautiful 42-acre organic farm, overlooking the sea at Porthtowan on the north Cornish coast, this alternative festival is 100% vegetarian. Running over three days, there’s a huge variety on offer, including live bands and DJs, music and dance workshops, yoga, kids’ play & craft sessions, storytelling, healing treatments, and world music films. 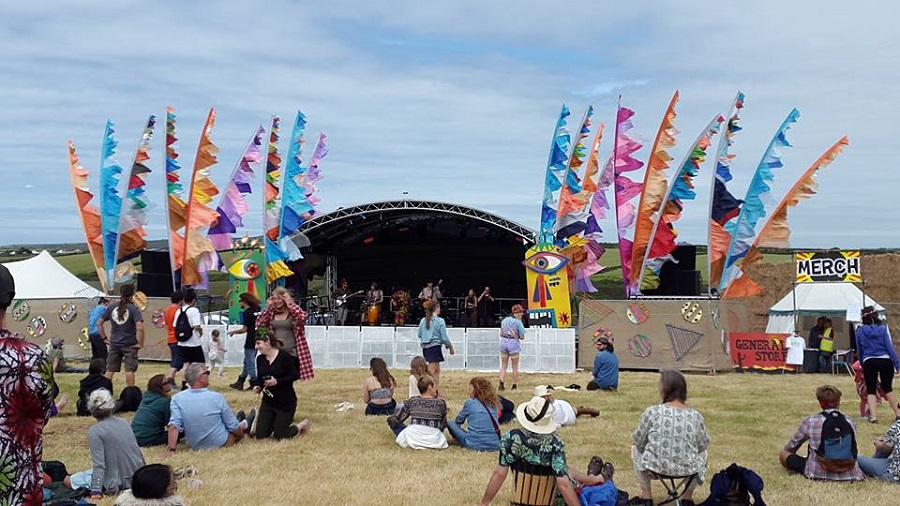 Port Eliot Festival offers an eclectic mix of events, including music, literature, food, fashion and outdoor-focused events, all set in the beautiful grounds of the Port Eliot Estate. There’s also a special kids’ area, with storytelling, theatre, and a little magic… 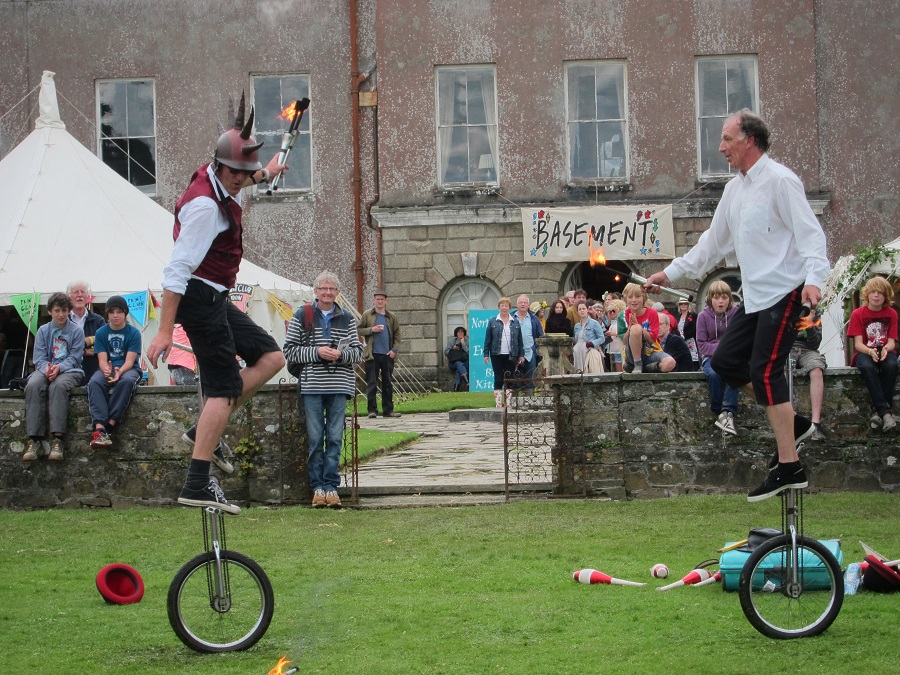 If you love surfing as much as music, Boardmasters is the festival for you. A stone’s throw from the famous surfing beaches of Newquay, Boardmasters attracts a range of top bands. In 2017, the lineup includes Jamiroqui, Two Door Cinema Club and Flaming Lips.

A smaller festival with a slightly more laid-back feel. At Little Orchard Cider and Music Festival, you’ll find a range of delicious ciders from across the country, storytelling, circus workshops and mouth-watering street food, as well as some of the best local acts.

Looe Music Festival takes place right at the end of the summer. For one weekend, the pretty town of Looe is transformed as big-name acts take to the stage. Performances take place on the beach and around the harbour, and there’s lots going on throughout the town, both on the streets and in bars and restaurants.

Alongside the headline acts (the Jesus and Mary Chain and Lulu top the bill in 2017), there are also performances from local, national & international groups, with every type of music you can imagine, from folk to rock, pop, punk and funk.

Other music events in Cornwall

The Eden Sessions, Eden Project, near St Austell (throughout the summer)

The Eden Sessions are one-off gigs which take place outdoors in front of the biomes (the acoustics created by the natural amphitheatre are amazing). Featuring world-class bands and artists such as Madness, Foals, and Bryan Adams, they tend to sell out fast. Tickets include admission to the Eden Project on the day of the Session, and the day after, so you can make the most of the experience. 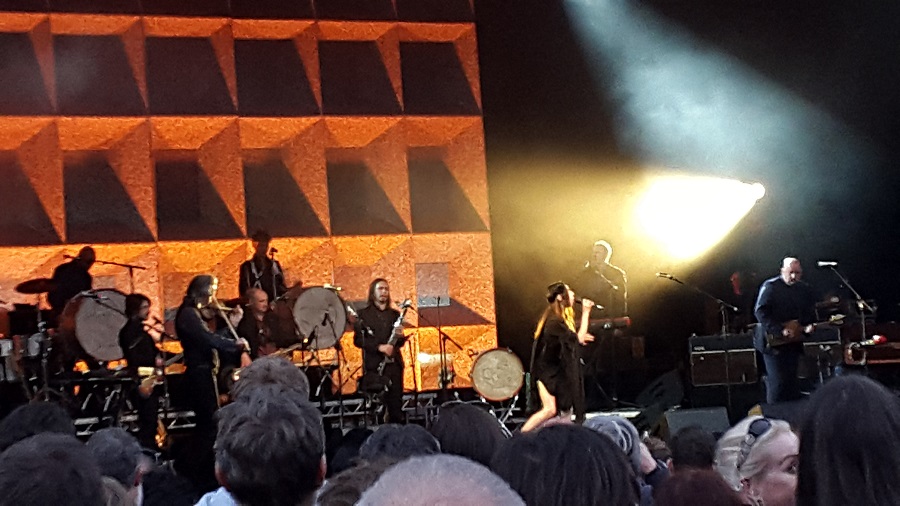 Sundowner Sessions at Lusty Glaze Beach, near Newquay (throughout the summer)

Lusty Glaze Beach was awarded the No.1 spot by The Times for ‘Most picturesque live music venues in the UK’. It’s not hard to see why – this beautiful spot is the ideal location to enjoy live music. The Sundowner Sessions take place throughout the summer. Over the past few years, they’ve featured some of the top artists around, including Ben Howard, the John Butler Trio, Feeder, The Feeling, The Levellers, The Kooks, Morcheeba, Guy Garvey, and Newton Faulkner. 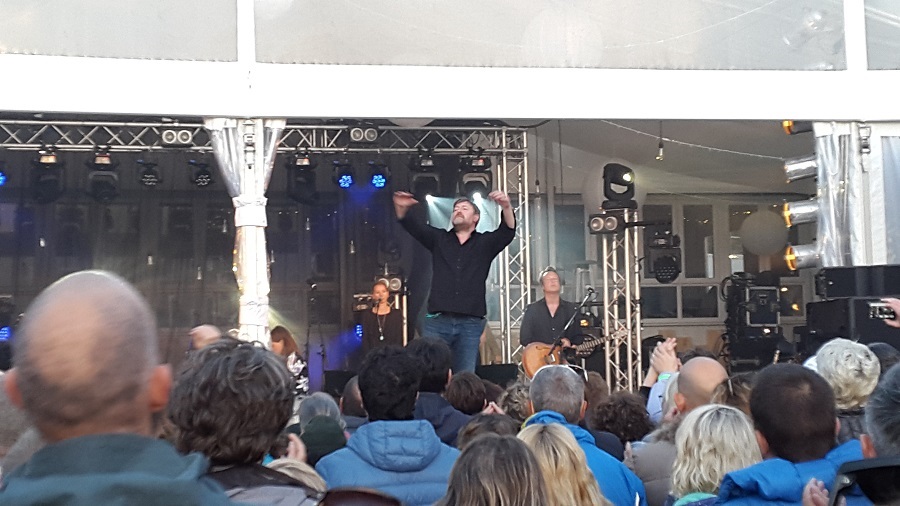 Where’s the best place you’ve been to see live music in Cornwall? Leave a message below, post on our Facebook page or tweet @Bosinver – we’d love to hear your recommendations.