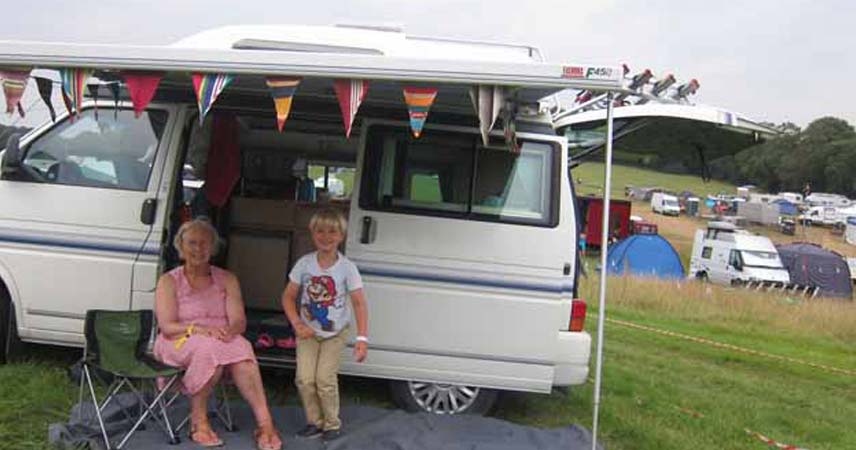 Nan in a van at Port Eliot Festival

Port Eliot Festival is one of the most family friendly events in Cornwall, and a real delight for all the senses.

Nanny Pat took grandchildren Wilf and Megs along for an extended version of one of her ‘Nanny Pat’s days out’. Muriel, her camper van, was their home for the long weekend.

This is the second time we have all been to Port Eliot Festival in the campervan. We were blessed with gorgeous weather for four days and temperatures in the mid 20s, so high factor sun cream was top of our packing list. 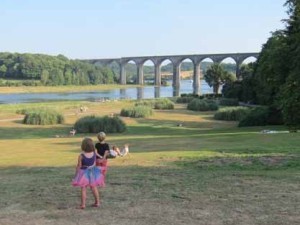 Port Eliot Estate is only 20 miles away at St Germans near Plymouth. It’s a beautiful park with a Grade I listed house and landscaped gardens alongside the tidal River Tiddy, a tributary of the River Lynher which flows into the Tamar at Plymouth and has been the home of the Eliot family for hundreds of years.

The festival, which began in 1981 (known as the Elephant Fayre in those days, when it was mainly a music festival) has developed into a creative, literary, fashion and food event which attracts people from all walks of life and all ages – there really is something for everyone from tots to grandparents nestled within the glorious 1000-acre grounds.

We love it because it’s a manageable size with areas which lend themselves geographically to be plotted for return visits or for the children to pinpoint their location. There are several stages dotted around the estate: the Bowling Green, the Walled Garden, Hullabaloo for the children and Caught by the River. Events are varied, with a mix of music and talks on everything from nature to culture and rock ‘n’ roll. The atmosphere is relaxed and except for the outdoor pool and the family residence, nowhere is out of bounds. It is a real privilege to be able to share its delights and savour its elegance, history and sense of place. 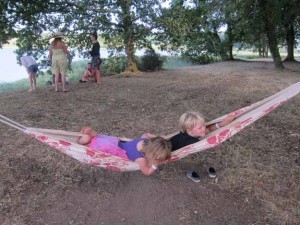 If you buy a weekend ticket, camping on site is included but there is quite a walk from the car park – so take something with wheels to transport your luggage and camping equipment. The camper van field is a little closer and this year there were a few electric hook ups.

We arrived at 1pm on Thursday, an hour after opening so were able to pick a really nice spot to park Muriel. Wilf and Megs are old hands around the van now so soon helped me stake out our space, put up the awning, pack away car seats, swivel the passenger seat around and unpack our kit into manageable spaces. As it was a special occasion we hung up our party bunting, fetched fresh water, had some lunch and set off to explore our home for the next few days.

In front of the main house is the food and shopping area alongside the Park stage. There are some stalls selling handcrafted and vintage goods and Megs and Wilf had to be restrained from spending all their pocket money in the first hour! We managed some ice creams and hooked up with friends for a bit of socialising in the sunshine before completing a recce of the site and buying a programme so we could plan what we wanted to see and do and make the most of our time. 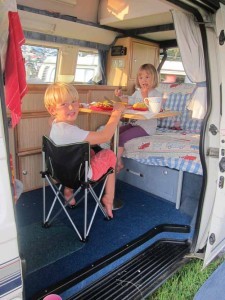 We dillied and dallied around the grounds for the next three days taking in the sights and fitting in some special ‘must do’s’ but mostly taking things in as we stumbled across them. I must admit that I love the creativity that you find at festivals, not only the handicrafts, the workshops, the amazing clothes and hairstyles and the wacky individuals like the guy who pedalled his piano past us, playing and singing at the same time! Of course I was limited as to what I could do by the boredom threshold of a 6 and 4 year old but we managed to watch the amazing Rogue Theatre perform their Wild Summer Ball each day and spent a good deal of time at Hullabaloo making fairy wands, hats and writing pirate poetry, not to mention learning to dance Bollywood style!

Port Eliot is a place for everyone, safe, warm and friendly and very much for families with children. We can highly recommend it – you don’t even pay for the children until they are eight years old. Can’t wait for next year… 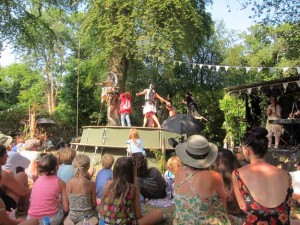 The 2015 Port Eliot Festival will take place between Thursday 30 July and Sunday 2 August. Tickets are now on sale, and there are a variety of variety of ticket options, including day and weekend passes – take a look at the festival website for more details.

Port Eliot is in St Germans, just off the A38 on the way towards Plymouth – approximately 45 minutes’ drive from Bosinver. Postcode for SatNavs: PL12 5ND.

There are direct trains from St Austell to St Germans (with extra trains put on for the festival). The journey takes about 45 minutes, and the station’s only a short walk from the pedestrian entrance to the festival.