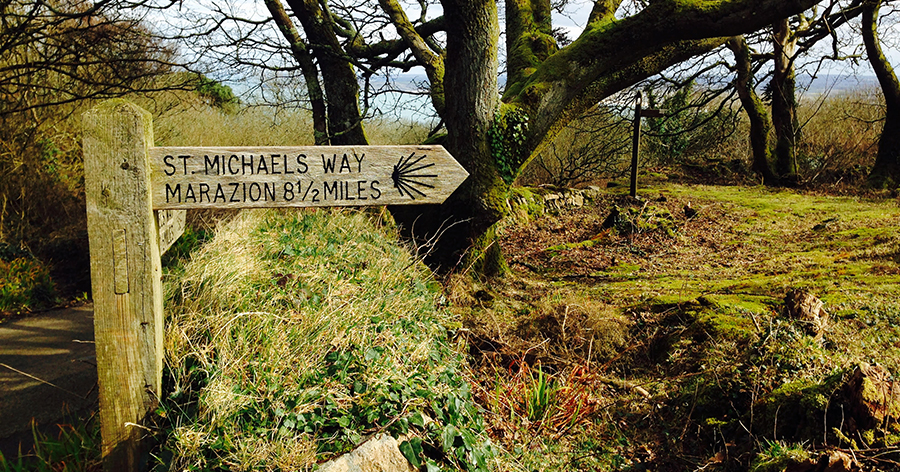 While many people have heard of the paths such as The Saint’s Way and the Coast to Coast trail which take you from Cornwall’s north coast to the south coast, a lesser known but lovely trail is St Michael’s Way: a 12.5 mile route from Lelant near St Ives to St Michael’s Mount.

St Michael’s Way isa designated European Cultural Route because it is actually part of a series of pilgrim routes that lead to St James’ Cathedral in Santiago de Compostela in northern Spain and it is thought to have been used by pilgrims who arrived from Ireland or Wales and walked across the peninsula rather than navigating the treacherous waters around Land’s End.

St Michael’s Way officially opened in 2004 after the Council of Europe decided to promote the pilgrim route to Santiago de Compostela and the English section of the route was developed by Cornwall County Council along with local group, Bredereth Sen Jago (Cornish Pilgrims of St James) and the Cornish Bureau for European Relations. 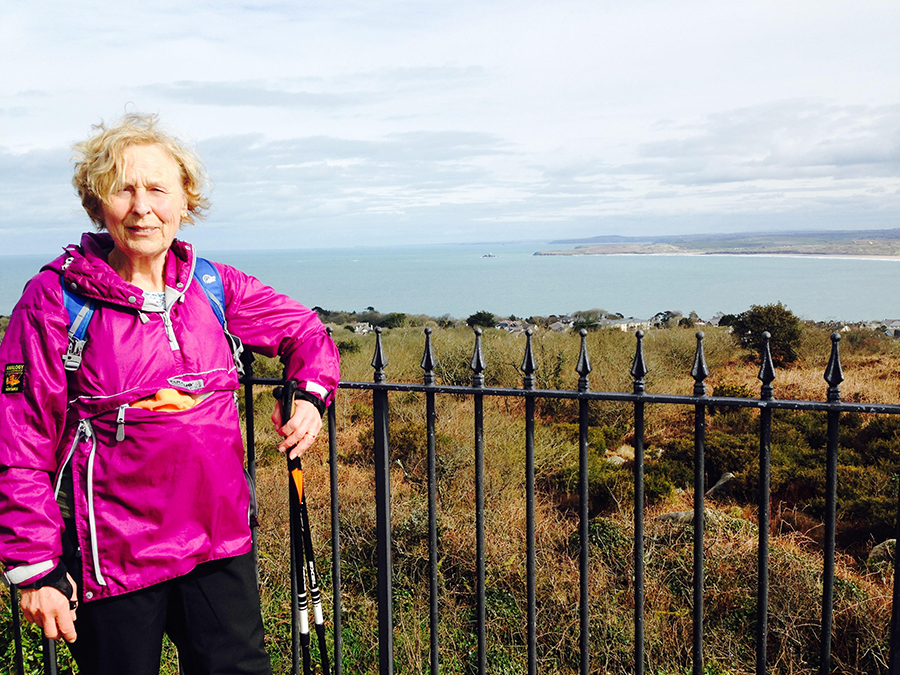 Buses and trains run to Lelant

The route begins in Lelant at St Uny church which overlooks the medieval Lelant harbour and offers great views of the Hayle estuary. The church has been buried in sands and salvaged twice (in the 13th and 17th centuries), before it was restored in 1879.

From Lelant the route winds inland and up to a striking granite structure known as Knill’s Steeple. John Knill was a St Ives customs officer and his monument is a 50ft high obelisk. A little further along the way  you come to Bowl Rock, a lump of granite said to have been put in place by a giant. 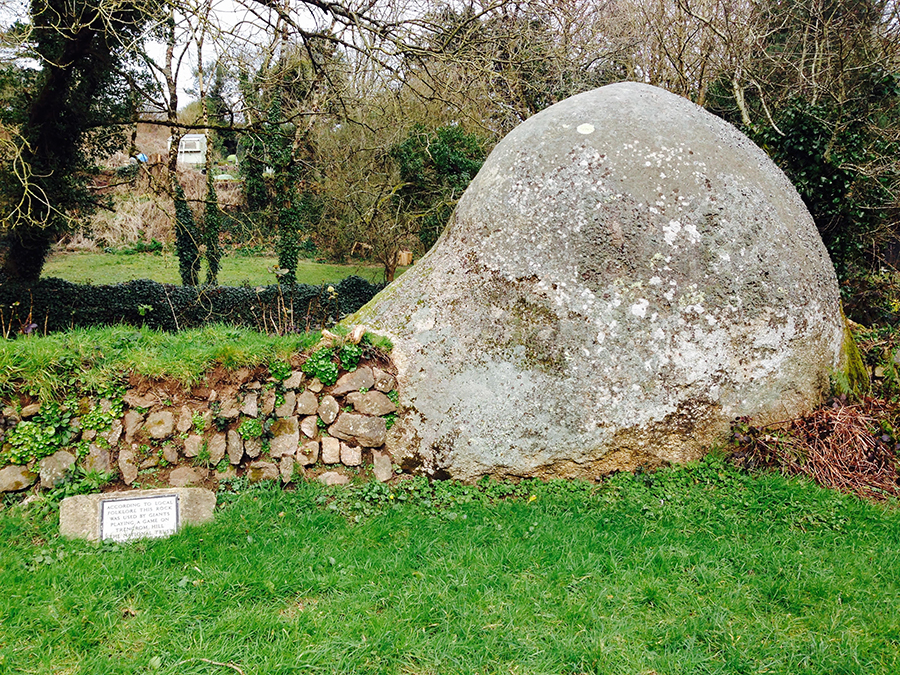 The route continues around Trencrom Hill, thought to have been a Neolithic fort which is now owned by the National Trust. The hill offers really stunning views. The trail continues to Ninnes Bridge, past a Weslyan chapel which is now a private home.

Finally, you will come to  the small village of Ludgvan. From here you can either cross the Marazion marshes which are managed by the RSPB due to their value as a habitat for birds, or you can continue along country lanes following signs to Gulval. Both are thought to be an authentic medieval routes, with the Gulval way being used as an alternative to the path through the marshes when tides were high. 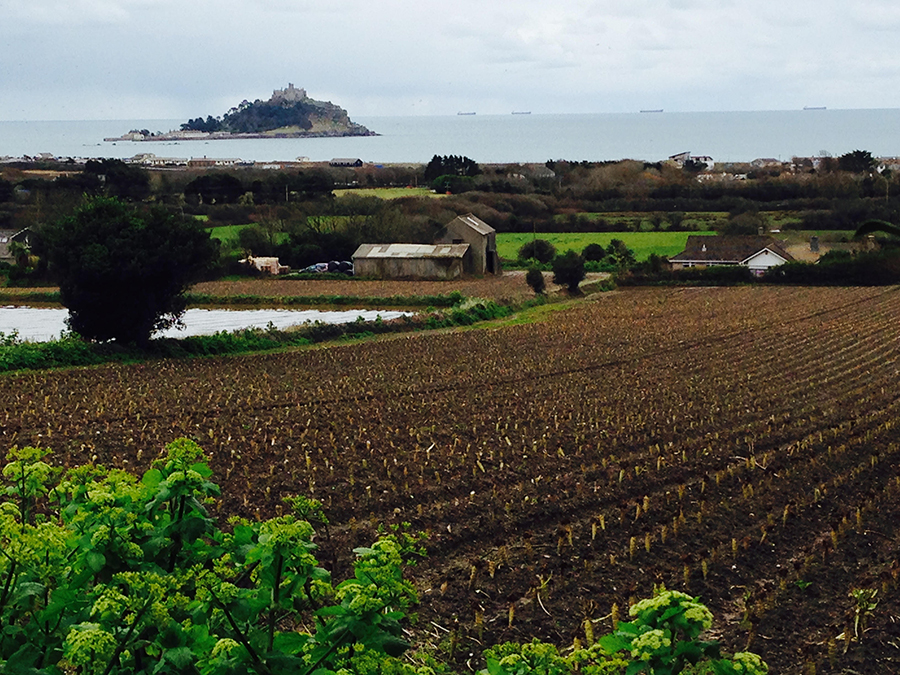 From here, your walk is guided by the final landmark, the magnificent St Michael’s Mount, now only accessible via the granite causeway built by Benedictine monks when tides or low — or by the boat service which runs from various points in Marazion, depending on the height of the tide.

It’s well worth stopping at The Godolphin Arms at the end of the causeway for refreshment. If you still have the energy to visit the Mount you can find out the causeway opening times, ferry information and opening times of the cafes on the island on the website here www.stmichaelsmount.co.uk