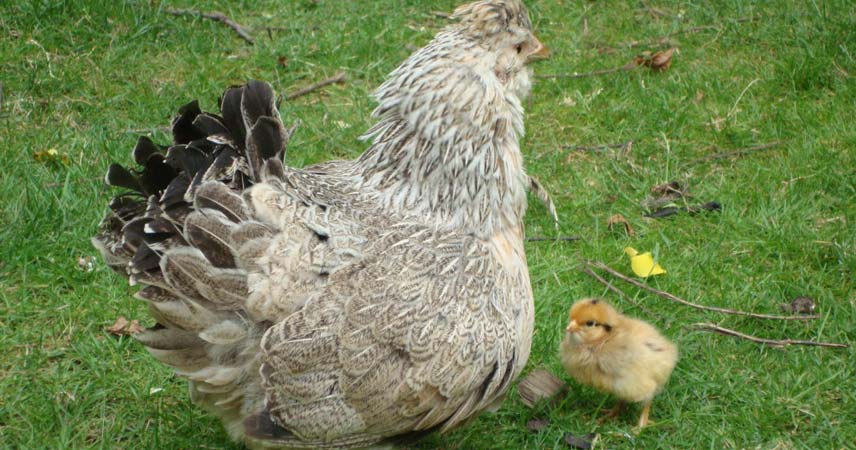 Anita Taylor and her family recently returned for their fifth farm holiday in Cornwall at Bosinver and told us a wonderful tale – we thought you might like to hear it too…. 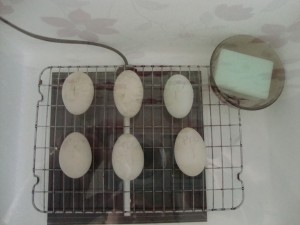 On their previous stay last June, when Anita and Simon’s daughter Lauren took her eggs back to the cottage after feeding, Grandad asked Lauren “What are you going to do with those Bosinver eggs – scramble them or hatch them?!” Well, that was the start of a journey of discovery – and a lot of DIY woodworking for Simon!

Anita’s Dad had kept poultry when they moved to Herefordshire from London in 1979, so Anita had experienced the joy of having ducklings and chicks around and thought Lauren might enjoy it too. They set about building an ingenious homemade incubator from a polystyrene fish transporter and a reptile heating pad. The eggs were carefully laid on a cake cooling rack, turned daily and Anita, Lauren and Simon waited patiently – doing all they could to read up on hatching eggs, not a task to be taken on lightly!

With the help of websites such as Backyard Chickens they learnt how to keep the eggs at the right temperature and that the eggs needed to be sprayed and kept in the right atmosphere (using a water soaked kitchen sponge for humidity). The eggs were labelled with names – Dave (of course!), Dee, Dozy, Mick, Titch – and Prue and after a couple of weeks Anita carefully candled the eggs with a torch to look for any signs of movement – by no means guaranteed! 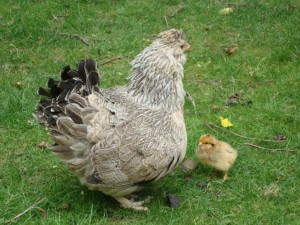 At the same time, the Taylor’s friend had a broody bantam so the chicken eggs were given to her to look after. Sure enough their patience eventually paid off and the broody hen hatched a beautiful little chick, named Leo by Lauren, who you may have already read about on Farmer Dave’s Facebook Page. 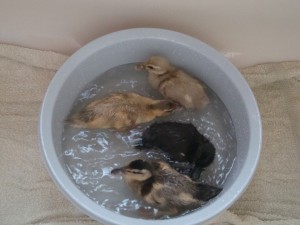 One of the duck eggs also began to show signs of hatching and Dee – or as she is known now, Defer Duck – broke out of her shell, at first a bit soggy and bedraggled looking, but then drying out and beginning to look more fluffy – not an ugly duckling at all!

Anita was kind enough to realise that both the chick and the duck might need companions of the same species, so went out and bought 3 ducklings (named Jack, Beaky and Bill) as friends for Defer and another chick, Sooty as a friend for Leo.

Since then the hatchlings have gone from strength to strength, as have Simon’s DIY skills as he has needed to build ever bigger runs and roosts for them! 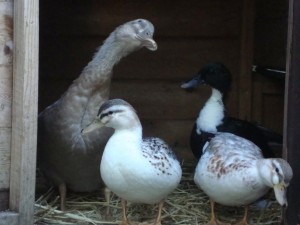 The Taylor’s must have enjoyed the experience though, they’re taking some more home from their current stay so there might be another chapter to this story. Watch this space!