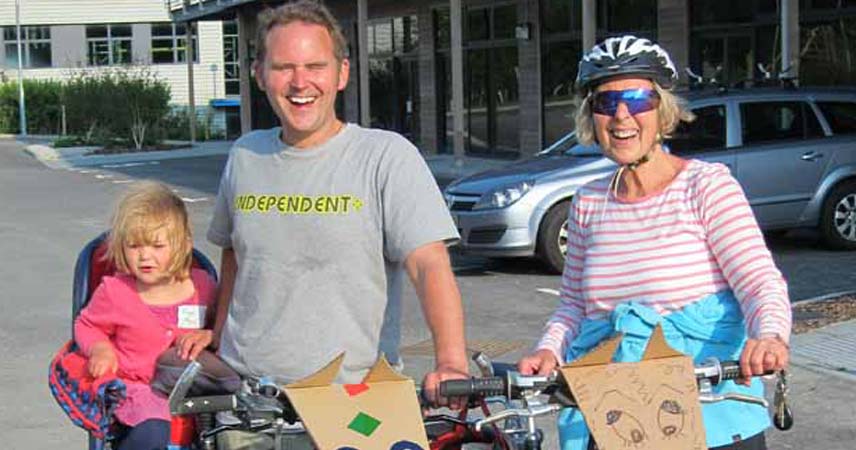 Don Quixote on a bike: a family cycling adventure

Nanny Pat had a busy summer. So busy, in fact, that we haven’t had chance to tell you about her latest adventures on two wheels – until now. 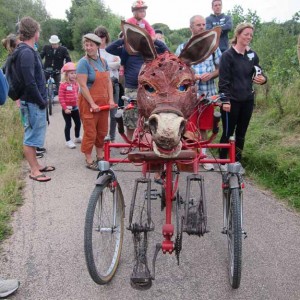 Now this was no ordinary bike ride – this was an epic family cycling adventure which brought the classic tale of Don Quixote to life.

Produced by Burn the Curtain theatre company, The Adventures of Don Quixote by Bicycle turned Clay Trails near the Eden Project into the kingdom of La Mancha during July and August 2013.

The idea is simple but effective. After decorating their bicycles (or turning them in to ‘horses’), participants and actors travel together through the landscape as the stories unfold. It’s a unique, hands-on experience which allows everyone who’s involved to become immersed in the story. There’s no ‘audience’ as such – everyone participates. The power of the story is such that for days after the children who took part were re-telling it to each other and their families.

Here’s what Nanny Pat had to say about the experience:
“On arrival, we were directed to a shed to convert our bikes to ‘horseicles’ by personalising cardboard horse heads – we became the cavalry escort for the king and queen. It was two hours of magic for us as we followed the trail alongside Don, Sanchez et al with musical accompaniment, sculptural steeds, clearings with structures to embellish the story (and yes he did do battle with a windmill!) 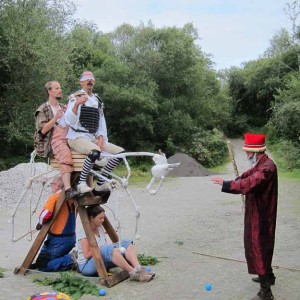 The children were entranced; the wild clay wasteland with fabulous sea views down to St Austell bay provided superb backdrop to the story. In almost no time we found ourselves at the Eden Project and the fairy tale ending to Don Quixote’s quest.”

Sadly, Burn the Curtain have finished their 2013 tour. However, there are plenty of innovative family friendly theatre performances happening in Cornwall throughout the year. If you’re planning to come down in December, look out for Rogue Theatre’s Winter Wood – a magical outdoor performance which takes place in Tehidy Woods.

About the Clay Trails 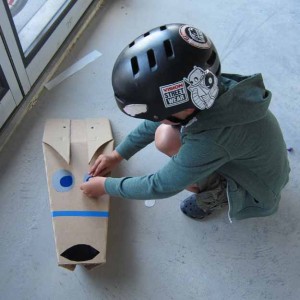 The Clay Trails are a network of short multipurpose trails in mid-Cornwall. You can use them for cycling, walking or horse riding. There are several routes, which also link up with the National Cycle Network.

Opened in 2005, the Clay Trails were part of a restoration programme to create more habitat for flora and fauna, as well as opening up the area to visitors. The trails pass through the heart of Cornwall’s china clay mining area, and as you travel through the landscape, you’ll see how the industry has shaped it.

Did you and your family take part in The Adventures of Don Quixote by Bicycle, or go to any other theatre productions in Cornwall this year? We’d love to hear about your experiences!