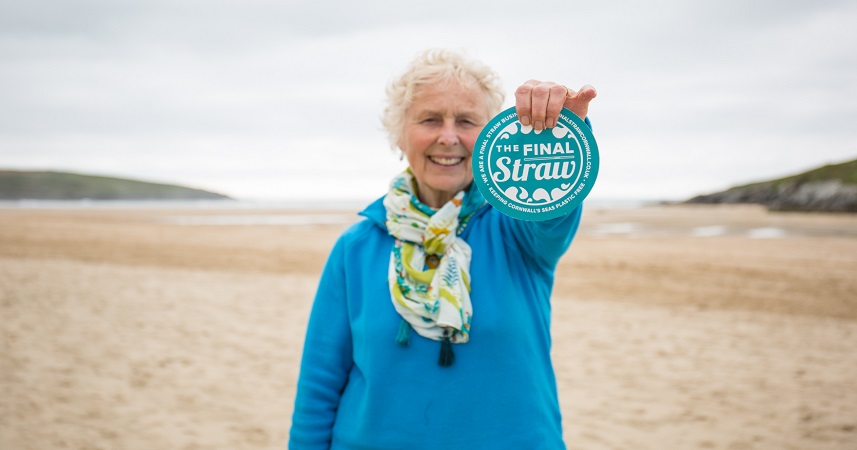 I am Pat Smith (known variously as Action Nan or Nanny Pat depending on what I am up to!), owner of Bosinver Farm Holiday Cottages and the founder of The Final Straw Cornwall. I am a grandmother passionate about addressing the legacy of plastic waste that has occurred during my lifetime.

The film Plastic Ocean profoundly affected me and I knew I had to do something about addressing the legacy of plastic waste that has occurred during my lifetime. 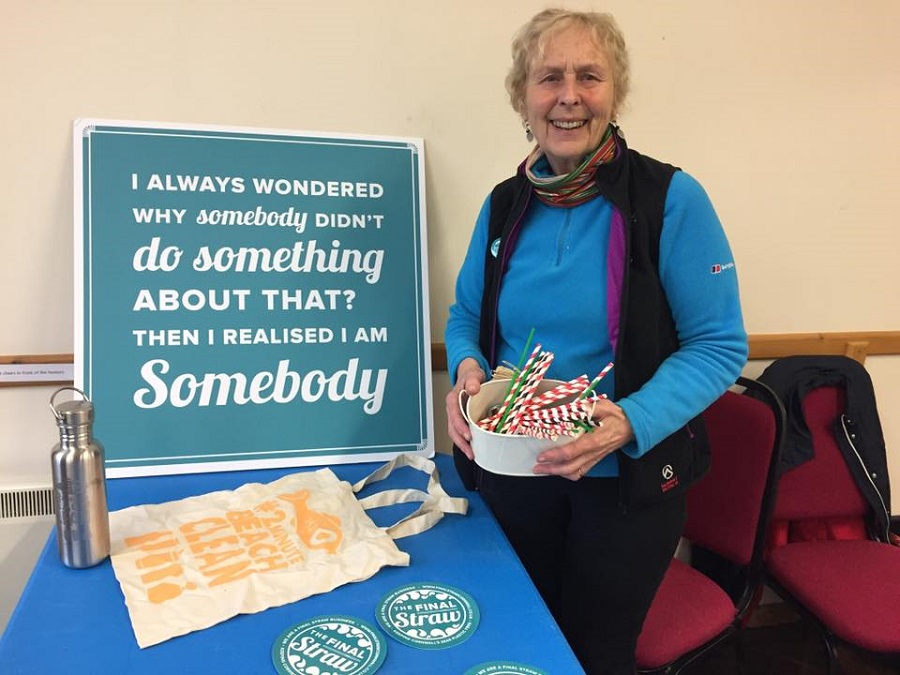 I could see for myself the problem at the beach – plastic is everywhere on our shoreline, especially straws. So, I decided to reduce my reliance on the amount of single-use plastic I use – both as an individual and at Bosinver – and to work out ways in which I might influence others to do the same.

With that in mind, myself and a team of other dedicated volunteers set up The Final Straw Cornwall to try and reach as many people as possible and ask them to give up single-use plastic straws.

Thinking about giving up plastic straws also makes you consider the other single-use plastics we often take for granted. But if you can refuse a straw, it’s a small, easy step to take towards cutting down on the amount of single-use plastic you use on a daily basis.

The Final Straw Cornwall is run by a hardcore team of unpaid volunteers, all with full time jobs but sharing the same vision. We believe passionately that Cornwall could and should be the first county in the UK to become plastic straw free!

Since we launched it six months ago, The Final Straw Cornwall campaign has been incredibly successful. Over 500 businesses have already pledged to stop using plastic straws.

But we have 4500 more businesses to reach in Cornwall, which is why we need your help.

So far any campaign expenses have been met by this small (but perfectly formed!) team out of their own pockets. But in order for the campaign to continue and meet its ultimate goal of ridding plastic straws from 5000 hospitality businesses in Cornwall, the project needs urgent funding.

And that’s where you come in! Please join us by saying no to single use plastic straws and pledging a small donation. If enough people donate even just the cost of a cup of coffee, it will make big difference towards achieving our goal.

We have just a few days left to reach our stretch target of £4000 – can you help us and be be part of this exciting opportunity to showcase Cornwall as an exemplar of what can be done by passionate determined people who care about their environment?