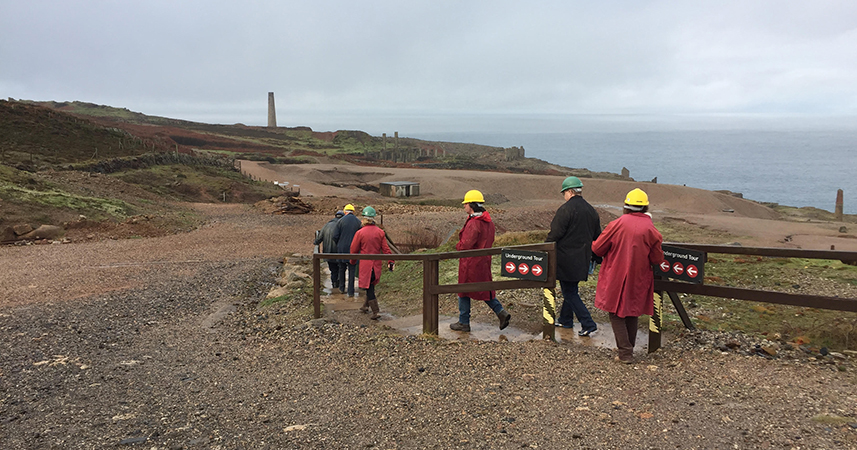 A visit to Geevor Tin Mine

I have to admit that my visit to Geevor Tin Mine in west Cornwall was in part due to the fact that I have been gripped by Poldark fever ever since the since the new BBC adaptation hit our TV screens (and the adorable Aidan Turner bared his chest in the sea at Porthcothan).

Although I read the books years ago I have really enjoyed revisiting them  armed with a much more detailed knowledge of Cornwall and its mining history since the area achieved World Heritage status and brought with it a host of easily accessible books, websites, films and exhibitions. 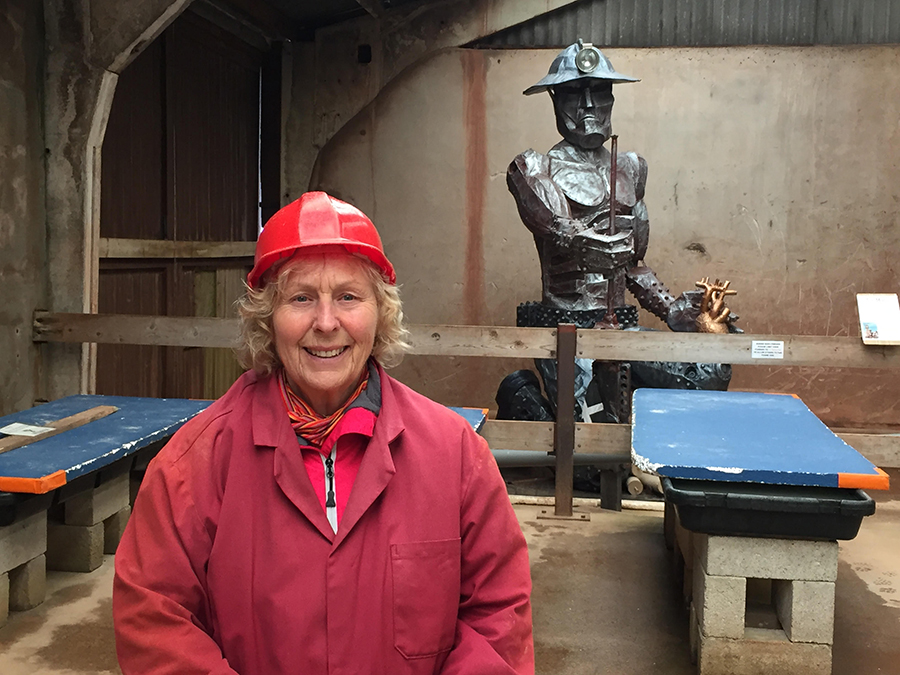 Most people who visit or live in Cornwall can recognise the tall chimneys of the tin mine engine houses as a marker of Cornwalls Industrial past but I wonder how many understand the processes involved in winning the precious minerals from the hard rocks they are embedded in and the incredible skills needed and hardships endured by the miners who toiled miles underground in the darkness to barely make a living wage.

In the quest to further my knowledge on the subject I ventured ‘down West’ to visit Geevor Tin Mine on a miserable, mizzly January day.

Perched on the Cornish coastline Geevor is the largest preserved tin mining site in Europe. It was operational between 1911 and 1990 when a dramatic fall in tin prices forced its closure. I remember the TV coverage at the time, with marches to London and the miners wearing Viva Geevor T shirts produced to gain public support for government intervention to save the mine from closure.

Many of the mine shafts run under the sea and it was common for miners to be so close to the seabed that they could hear the waves crashing above their heads. When the mine was closed and the pumps switched off in 1991, many of the shafts flooded. The above ground workings are preserved, all in their working condition, although some of the machinery was scrapped or sold off to pay the company’s debts. 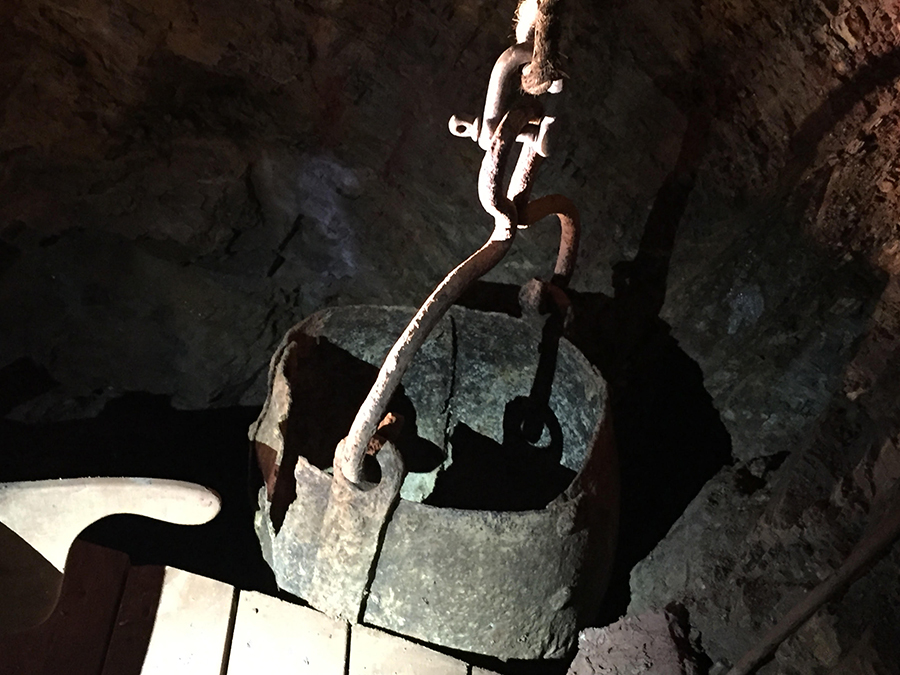 The tour starts in the mill where the rock was unloaded after being brought up from underground. The processes are explained by one of the knowledgeable tour guides, many of whom once worked at the mine.

Visitors then don mining helmets and overalls for an underground tour of a shallow early mine, Wheal Mexico, which offers a fascinating insight into the damp, dark, cramped conditions where miners worked for hours on end on a diet which could not sustain them and resulted in an average lifespan of only 27 years. Boys as young as 7 worked with their fathers underground and women and girls toiled above as bal maidens breaking up the rocks ready for the stamps to crush.

The silhouette of the Victory Shaft winding gear is instantly recognisable – it sent the miners down to work in cages and hauled up the trucks of mineral laden rock for processing. Alongside the shaft was the miner’s Dry where the coal fired boilers provided heat for showers and clothes drying. This was an eerie, sad place, lined with photographs of the last miners to work there, lockers with names on and clothes and boots still inside, showers with towels and soap and the ‘clocking in’ machine with the day’s work instructions still chalked on the blackboard above. 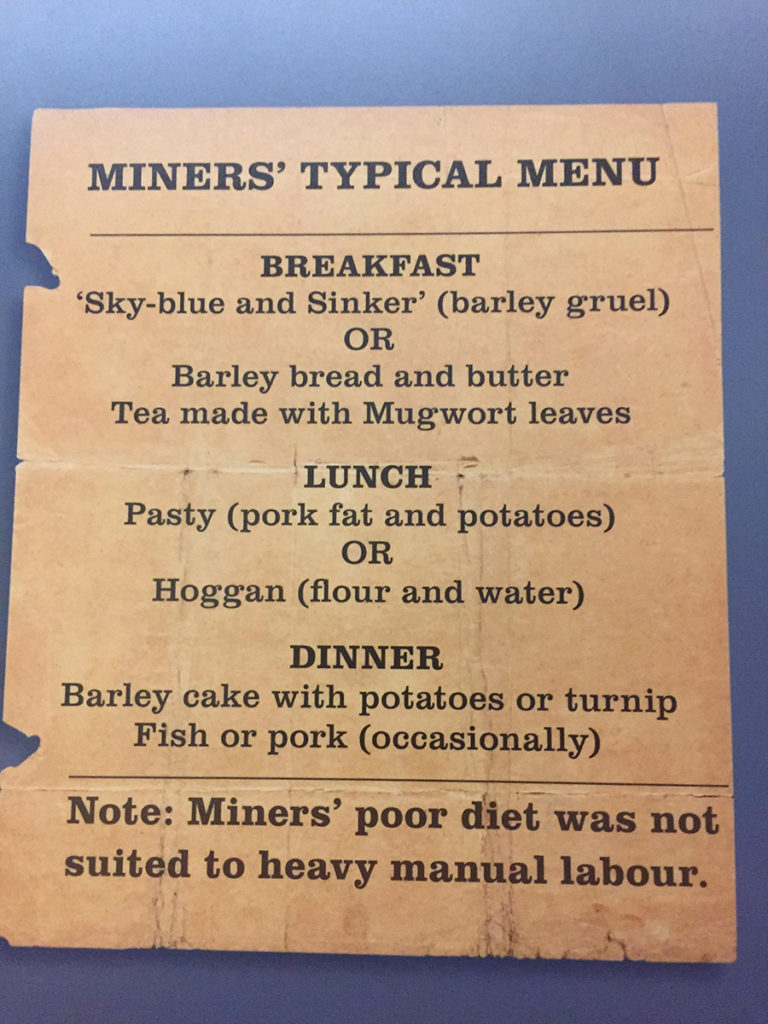 Alongside this building was the Hard Rock museum with a wonderful collection of memorabilia and information, including recordings of miners telling stories of their working days at the mine.

Geevor also has a café, serving homemade food from local suppliers and there are good toilets with baby-changing facilities. The views are magnificent and a short stroll along the cliff path takes you to the National Trust’s Levant Beam Engine and mine.  But that’s another story…

Click here for an article with more information and a picture of the working mine.