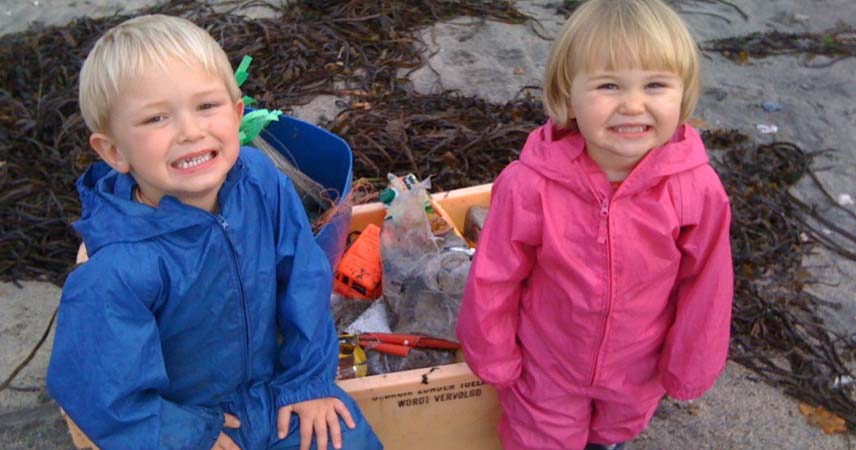 Every year, thousands of tonnes of litter are washed up along the Cornish coastline. Not only is it unsightly, but it also causes big problems for our wildlife. Plastic bags and netting cause the most damage. Birds, seals and fish can become entangled in discarded nets or fishing line which can cause serious injury or even death, while plastic bags can be ingested an cause internal problems or suffocation. 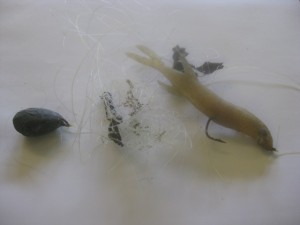 Fishing litter, particularly discarded hooks, can also pose a problem for other visitors to the beach, particularly young children and dogs.

A scheme is currently being trialled in the Mediterranean which, if it is successful, could see Cornish fishermen being paid to ‘catch’ litter. According to BBC News, fishing vessels would be given special plastic-catching nets and money in return for collecting marine waste before it reaches our shores. And there’s already been a similar ‘fishing for litter’ scheme running in Cornwall supported by Cornwall Council. Although the project doesn’t pay for the litter collected, it does offer waste disposal facilities and covers the costs of proper disposal of the waste.

How you can help

1. Do your bit – if you see litter on the beach, pick it up if you can and dispose of it safely, where it can’t hurt marine wildlife, people or dogs. Pat recently took her grandchildren to one of our local beaches where they had a fun afternoon exploring, making sandcastles, and collecting a surprising amount of litter.

2. Support organisations like Greenpeace and Surfers Against Sewage, who run high profile campaigns to protect our oceans, beaches and wildlife.

3. Raise awareness – spread the word at school, work and community groups. The more people who know about the problems marine litter causes the better – and the closer we’ll be to finding a solution.

4. Join an organised beach clean – there are lots of organisations, both local and national who run regular beach cleans and other conservation activities.

If you’ve been involved in a beach clean, or any other conservation activity recently, let us know. We’re always interested to hear about environmental projects in other parts of the country.

We were delighted to be able to welcome guests back to Bosinver from 4th July.

Our thorough Risk Assessment and protocols for hygiene and social distancing mean that we have attained the AA Covid Confident accreditation and have been assessed as ‘Good to Go’ by VisitEngland.

We have adapted some of our activities to enable social distancing and are confident that we can offer you a great and safe family holiday we can be proud of.  We look forward to welcoming you to Bosinver.