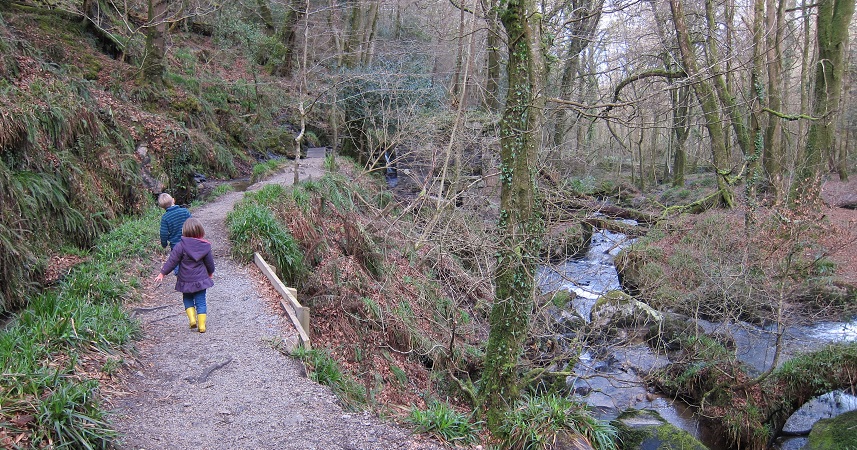 Tucked away just outside Ponsonooth, near Penryn, is the Kennall Vale Wildlife Reserve, a 20 acre site managed by Cornwall Wildlife Trust. Today, it’s a tranquil spot, making it a great place for a winter walk and afternoon of wildlife spotting.

But Kennall Vale actually has a rather more explosive past. As I discovered, this area was home to the Kennall Vale Gunpowder Works, and once played an important part in the mining industry. 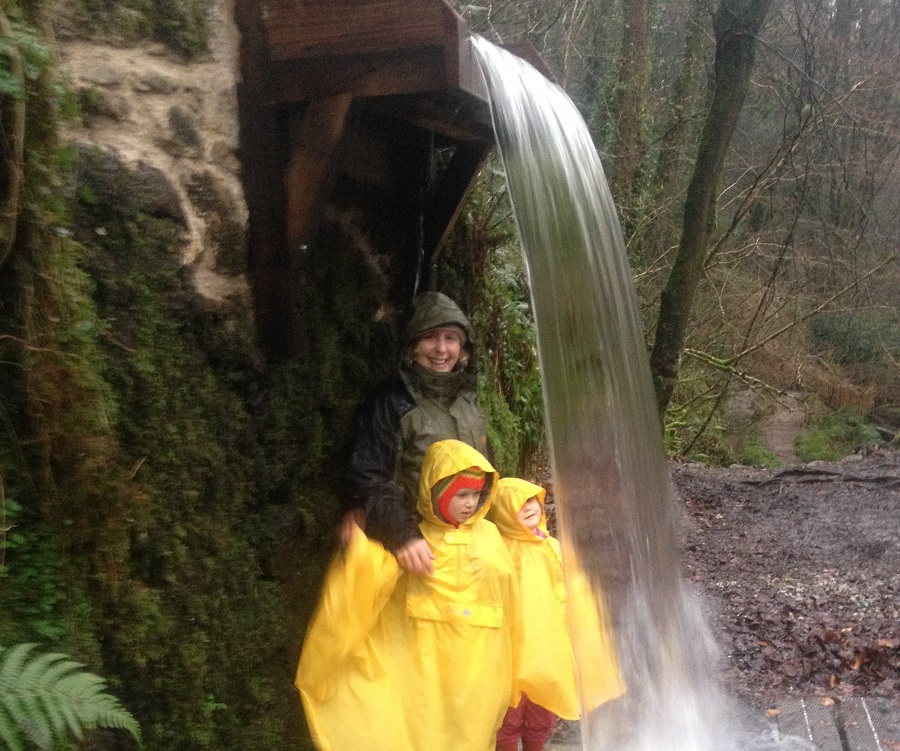 Don’t forget your waterproof and wellies!

Established in the early 19th century, the Kennall Vale Gunpowder Works produced high quality gunpowder which was widely used in Cornish mines. It was very successful, employing over 50 men at its peak. In the 1880s, when more sophisticated explosives became available, demand for gunpowder declined, and the factory eventually closed in the early 1900s. 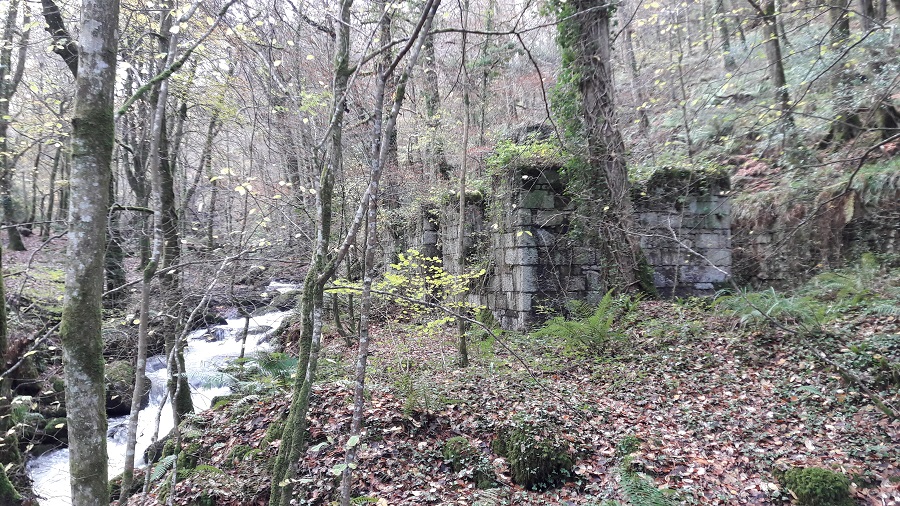 Kennall Vale is part of the World Heritage site of the Cornwall and West Devon Mining Landscape, and the gunpowder works became a designated a Scheduled Ancient Monument in 1999. As you explore the reserve, you’ll come across several mills, the remains of a number of buildings and complex system of leats, which once carried water to the mills. You can also still see some of the massive iron cogs that were once turned by water wheels. 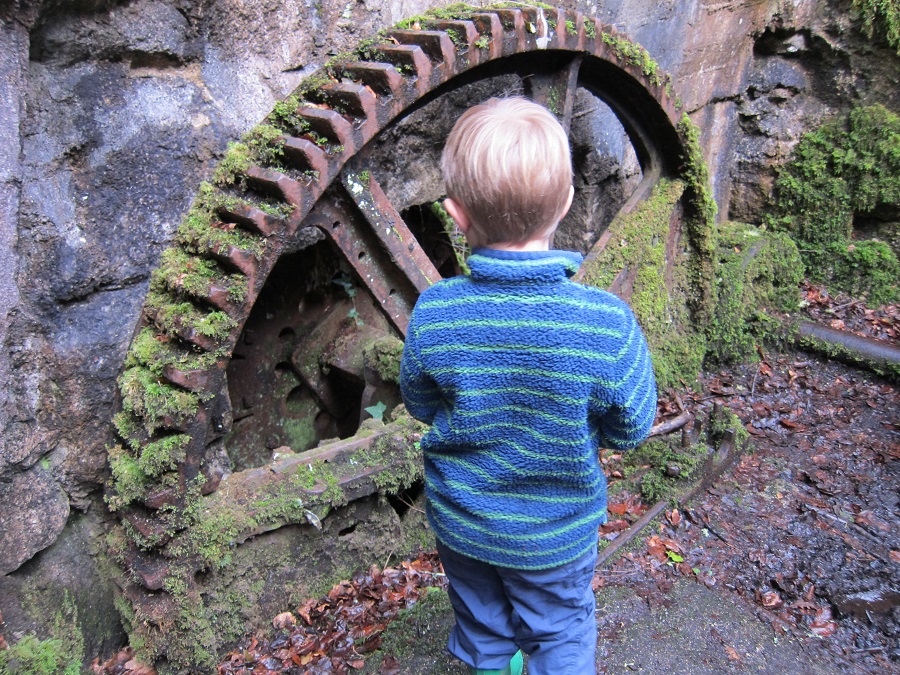 While adults may be intrigued by the history of the area, for children, it’s a magical place full of things to discover. Wilf and Megan loved exploring – there are steps to climb, unusual bridges and walkways, and hidden waterfalls. The moss-covered trees and boulders are full of character, and it’s not hard to imagine them taking on a life of their own. 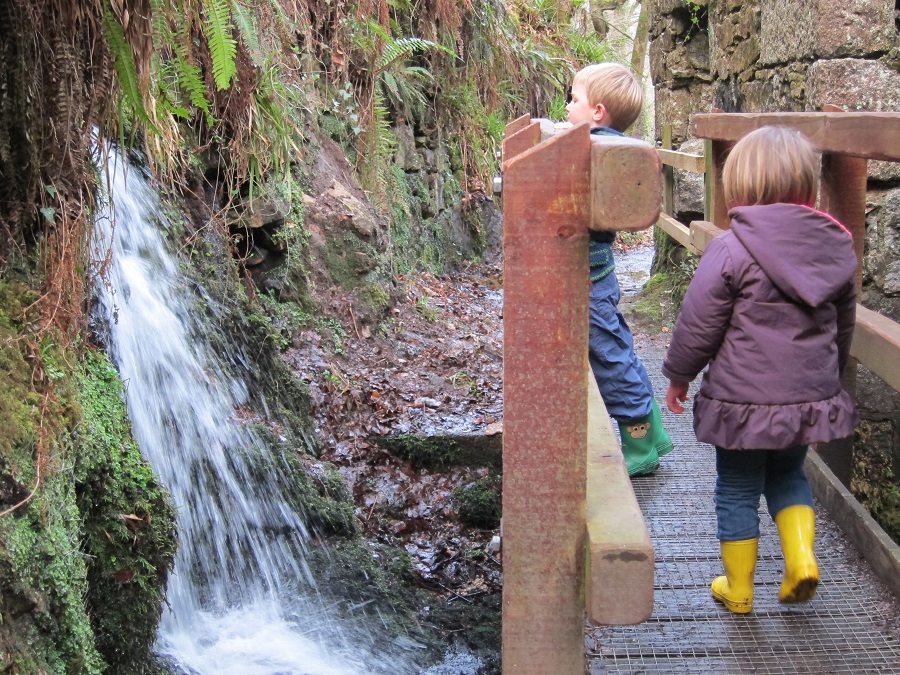 What to look out for

The woods here are full of birds. One in particular to watch out for is the dipper, which looks like a huge wren with a while throat and partial white breast. You’re likely to see it in or around the river, as most of its food (such as insect larvae, freshwater snails and small fish) is found in the water.

If you’re here at dusk, you might also see Pipistrelle bats flitting through the trees.

Kennall Vale comes into its own during the winter months, particularly after a heavy rainfall. The river is an impressive sight as it rushes down the valley, tumbling over the granite boulders. 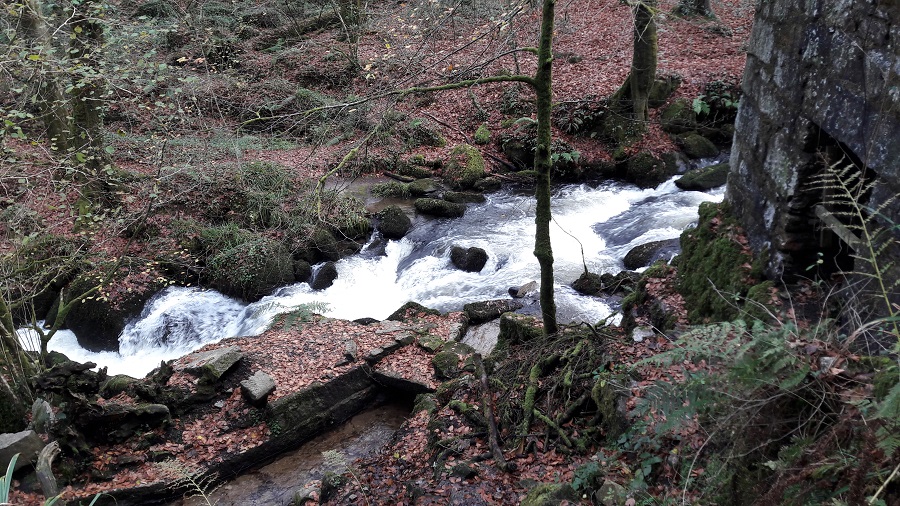 For more information, take a look at the Cornwall Wildlife Trust website, or download the audio trail from the Cornish Mining World Heritage website and listen it on your smartphone as you explore.

From Bosinver, take the A390 to Truro, then follow the A39 towards Falmouth. Turn on to the A393 to Ponsanooth at the roundabout before you reach  It’s approximately 40 minutes’ drive.

As you pass through Ponsanooth village, look out for the Post Office, and turn off the main road here. Follow this road for a few hundred yards and park in the village (please don’t park anywhere on the narrow lane leading to the nature reserve entrance known as Cot Hill). To get to the reserve, walk past the school and up the hill. Access is via a footpath on the right as you ascend the hill (look out for the sign on the wall). 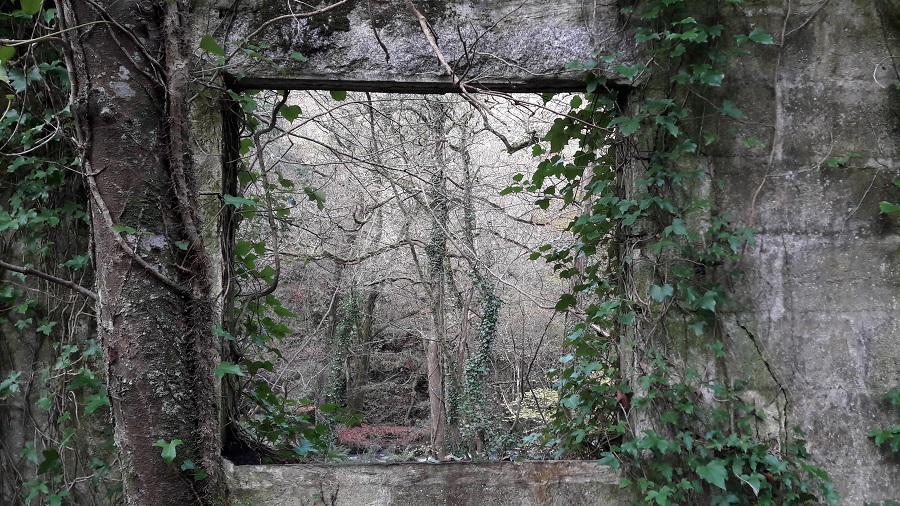 View through one of the ruins