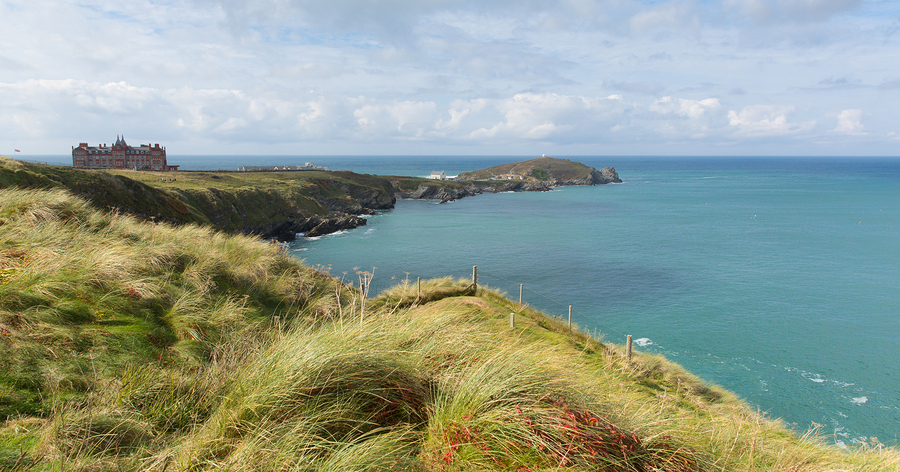 Newquay is better known for surfing and parties, but the town has a fascinating heritage walk which is an enjoyable way to explore the town’s history.

The walk began at Trenance Cottages near Trenance Boating Lake. The cottages have recently been restored and are now open to visit so you can step back in time to see how they would have looked in 1870. There is a wonderful cafe and they do an excellent cream tea!

Our walk began with a look at the stone viaduct which looms over the valley. The original viaduct carried a mineral tramway built by Joseph Treffry, a wealthy landowner who had extensive mineral workings inland. He needed a port on the north coast to rival the Rashleigh family’s Charlestown to export minerals and china clay and to enable him to import coal from South Wales to drive mine engines.

Over time the horse drawn trucks were replaced by a steam driven railway line. This was to transform Newquay from a tiny fishing port to a thriving holiday resort as tourists made use of Brunel’s Great Western Line, following the trend to enjoy seaside holidays.The branch line from Par, which is on the main London to Penzance line, still carries passengers to and from Newquay today. It follows a route through the World Heritage Site in the Luxulyan Valley.

Our walk continued to the station and the lovely little ‘green lane’ following the old track (now removed) past Towan beach, the island and  down to the harbour. 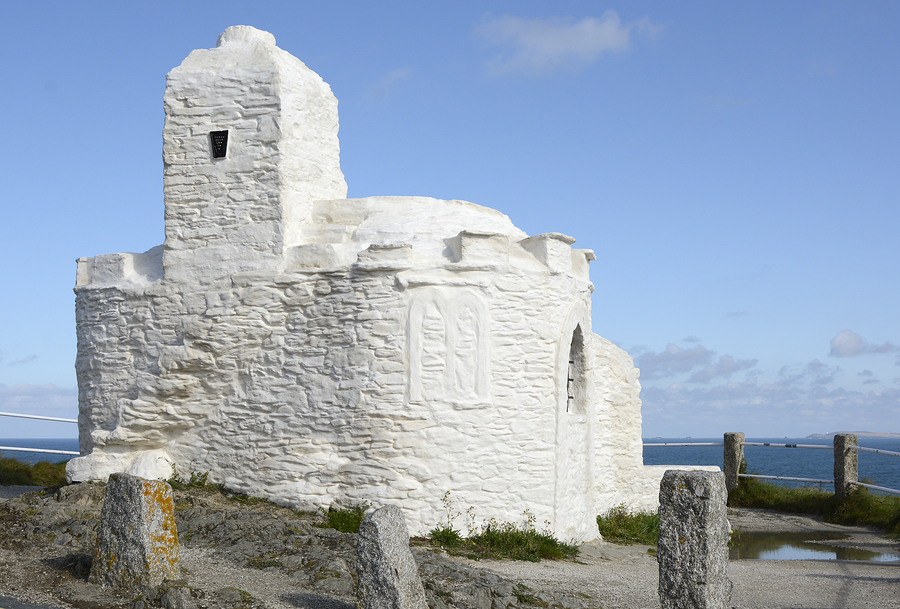 The pilchard industry was Newquay’s lifeblood in the mid 1800s, with virtually everyone in the town having a family member involved. There were a number of fish cellars strung all along the coast here. These were large buildings where the pilchards were processed, salted and packed into large wooden barrels called hogsheads, each containing 2,000-2,500 pilchards.

Where Sainsbury’s supermarket now stands was the end of the mineral rail line and a tunnel was dug down to the harbour. The trucks full of clay and minerals were let down by whim engines to the quays and then towed by horses to be tipped into the waiting ships’ holds. You can still see the door on of the tunnel next to Newquay Rowing Club.

Above the harbour out on the headland is the famous white painted landmark of the Huer’s Hut. The huer’s job was spot the reddish hue in the water which indicated one of the vast shoals of pilchards that swept down the coastline from the north. When he had spotted a shoal the Huer blew a loud horn and the whole town would run to their boats with seine nets to take their share of the bounty. Once in the boats it was the huer’s job to direct them with shouts and signals to the shoal — this was one of the most important jobs in the community. The pilchard boom finished about 1880 when the shoals dwindled to uneconomic levels.

We finished our walk at the lifeboat houses near the iconic Headland Hotel, a spectacular building from the heyday of Victorian splendour which is famed as the location for the film version of Roald Dahl’s story The Witches. It is a grand building with spectacular views of the coastline.

Traces of the past can be found all over Cornwall. Have you discovered any wonderful heritage walks? Leave a comment below, post on our Facebook page or tweet @actionnan – we’d love to hear from you.