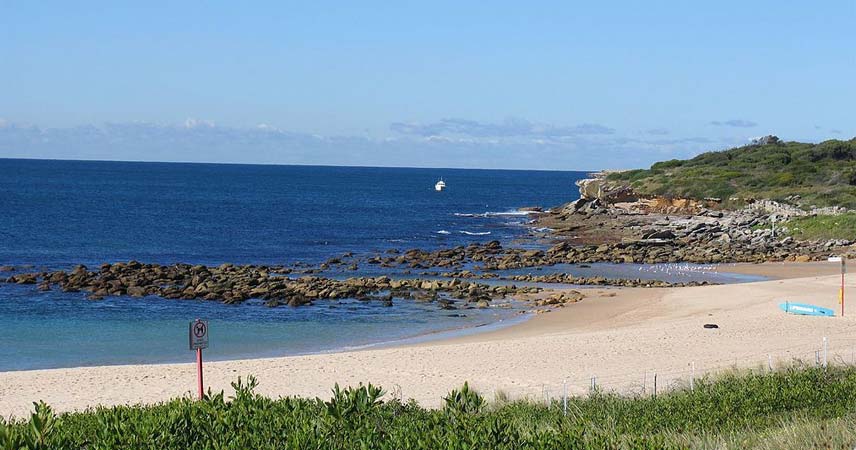 Our man in Australia – part 2

Here’s the latest update from our Wild Kids guru Nooney, who moved out to Australia with his family a few months ago.

Hi everyone at Bosinver! I thought it was about time that I gave you an update of things that have been going on in the topsy-turvy and upside down world that is my life.

So the last time I wrote we were only a few weeks into our new lives in Aussie. I’m pleased to say we are still here (yey) and I am now working in a pizzaria for an Elvis impersonator. I could never say my life was dull! 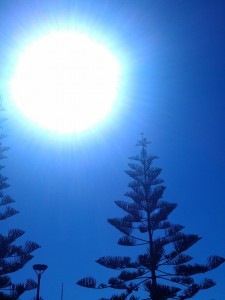 As we moved from summer into autumn well nothing changed, save the days got a bit shorter and the nights are cooler. The maple and London plane trees’ leaves are changing colour and falling from the branches. What gets me at the moment is this: how do the trees know it’s autumn? It’s not as if we’ve had a early morning frost or anything and we don’t get extremely long days in the summer over here. I still maintain that trees are very clever things, not to be underestimated – more on that later.

The temperature has stayed roughly the same – it didn’t rain for 23 days. The only things that let you know that is was autumn apart from the odd European tree is shops selling jumpers and boots and that the surfers have started wearing wetsuits in the sea. I dunno why though, the sea temperature is still around 18-20 – I think it’s fine! It’s like the warmest sea in Cornwall in high summer!

Spiders in odd and wrong places…

At this time of year as it get cooler the spiders go for a walkabout and people end up with them in all sorts of odd and wrong places. One of my friends found a huntsman (size of a saucer) on her bathrobe as she got out of the shower and we found a redback under a chair on our deck this weekend. They are only small but even the babies are deadly. So of course I poked it with a stick (well I had to get a better look!) There is no mistaking them they look exactly like the black shiny ones we get in the UK but with a bright red stripe. The boys are very aware and we have said about keeping away from all spiders just in case… 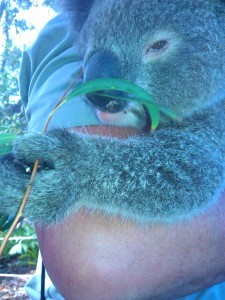 We’ve taken a trip to the local reptile park recently. It’s a fantastic place where they show you native species and all the local New South Wales animals. We got up close to koalas and emus with wallabies and kangaroos were standing next to us as we ate lunch. We had a close encounter with a funnel web – a big one, which meant it was a female as they’re loads bigger then males (if you cut a tennis ball in half, the feet would be about that diameter).

The demonstrator had been bitten by one once and he described it as indescribably painful. It’s a bite you don’t mess with! If you do get bitten you need to call an ambulance, get to hospital for anti-venom quickly otherwise it is fatal. We had a demonstration on how to catch them too as this reptile park in the only place in the country that ‘milks’ the spiders for their venom and if wasn’t for these guys potentially 5,000 lives may not have been saved over the past 30 or so years.

So if that wasn’t enough, we then went to the snake house and looked at 5 of the most deadly snakes in the word 4 of which live in New South Wales and 3 of those 4 live in Sydney (again, why did we move here!). I looked in the glass box when Rachel was pointing out where this bloomin “Death Adder” is. I was literally 50cm from its head and I couldn’t see it, it was so well camouflaged! They hide ready to strike prey but you could so easily stand on one if you weren’t careful. Then was it and he did have the look ‘dude if this glass weren’t here…’ this thing knew it was hard. I’m still trying to work out why these animals with no large predators are all so lethal, nobody really seems to know. 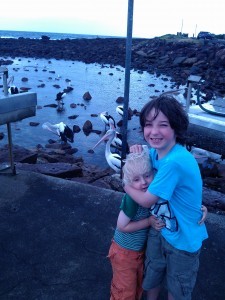 We have been very lucky with our animal spotting and have had the good fortune of seeing some weird and wonderful things.

Alex loves the fact we have lizards living in our garden wall and now doesn’t need a vivarium and delighted in telling us about the spider killing wasps that buzz around the place.

Pirran loves to hear the cockatoos and kookaburras. He giggles every time he hears them chatter. I’ve fallen for the pelicans at the moment they are really big here, and I love they way they effortlessly glide over the sea.

We did have a bit of a cool moment the other day though, whilst we were sat watching the sun go down on a very beautiful beach Rachel got to see some of her favourite animals too – dolphins.

That’s all for now, but I’ll be in touch again soon!