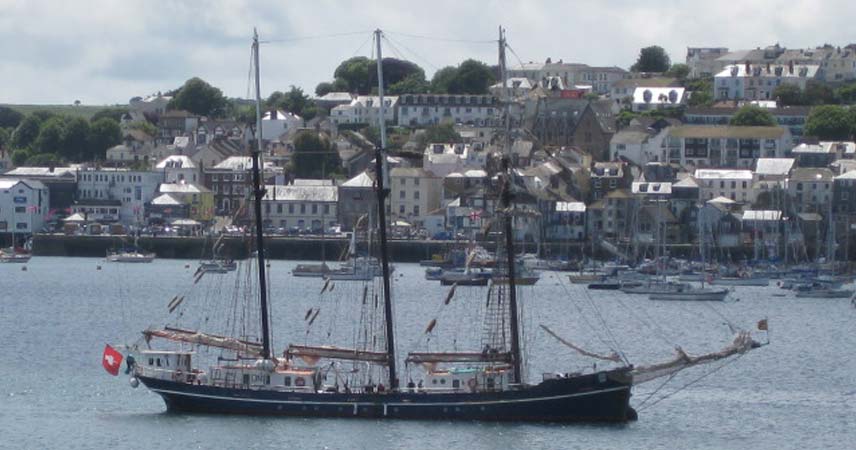 Falmouth’s seafaring past came to life over the weekend of 28-31 August 2014 when ships from around the world sailed into the harbour for the Falmouth Tall Ships Regatta.

The entire town was abuzz as thousands of people flocked in to see the Tall Ships and enjoy the range of festivities throughout the long weekend. We’d all been looking forward to it for ages, so we headed down there to explore. 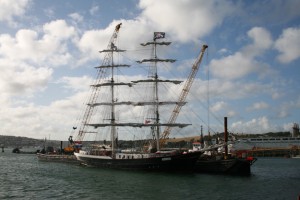 It’s hard to imagine how impressive the Tall Ships are until you see them for yourself en masse. Many of the ships welcomed visitors on board to throughout the regatta. Some, such as the Mercedes, an impressive square-rigged ship from the Netherlands, offered sailing trips around Falmouth Bay and beyond, giving those lucky enough to have got hold of a ticket a taste of life at sea.

One of the great things about the regatta was that most of the events and activities were free, which meant everyone could join in. There was live entertainment every day and evening, including performances by the Fisherman’s Friends, various tribute bands and sea shanty groups.

Families were spoilt for choice with a range of events all over the town, including pirate themed adventures at the library and Pendennis Castle and art & crafts workshops at the National Maritime Museum and Falmouth Art Gallery, plus some wonderful traditional fairground rides. 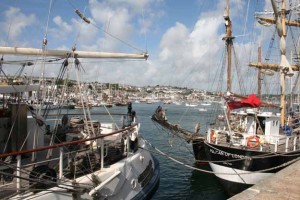 One of the highlights of the weekend was the spectacular firework display on Saturday 30 August, which lit up the water as well as the sky and drew a huge round of applause from the crowd!

Creativity inspired by the Tall Ships

Hundreds of children from across the UK submitted artwork, poems, and stories as part of the Big Art and Storytelling Tall Ships Project, by inspired by regatta and the official painting by artist John Dyer. The top 200 art entries were exhibited at the National Maritime Museum Cornwall, while Shop for Theatre performed several of the winning stories and poems throughout Falmouth, delighting audiences with their pop up performances.

A magnificent parade of sail

The regatta culminated in Falmouth with the Parade of Sail on Sunday 31 August. One by one, the Tall Ships crept out from behind the headland and sailed out into Falmouth Bay before heading out to sea. Later that afternoon, once all the ships reached the starting line, the race to the Isle of Wight began.

The views from Falmouth’s beaches and headlands were spectacular. Not since the last regatta in 2008 has the horizon been filled with so many sails! 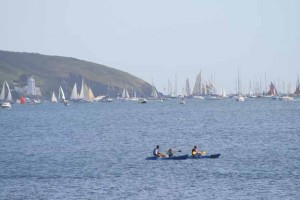 The race finished on 2 September, and at the time of writing, the ships are currently cruising in company to Royal Greenwich, where the regatta will continue from 5-9 September – if you live in the London area or close by it’s definitely worth a visit.

Although the regatta’s now over in Falmouth, there are plenty of opportunities in Cornwall to go sailing. Alternatively, you could immerse yourselves in Cornwall’s maritime history with a trip to the National Maritime Museum Cornwall or head down the road from Bosinver to Charlestown.This 18th century harbour is home to a Tall Ship named Phoenix, and both the harbour and the ship have starred in several period dramas.