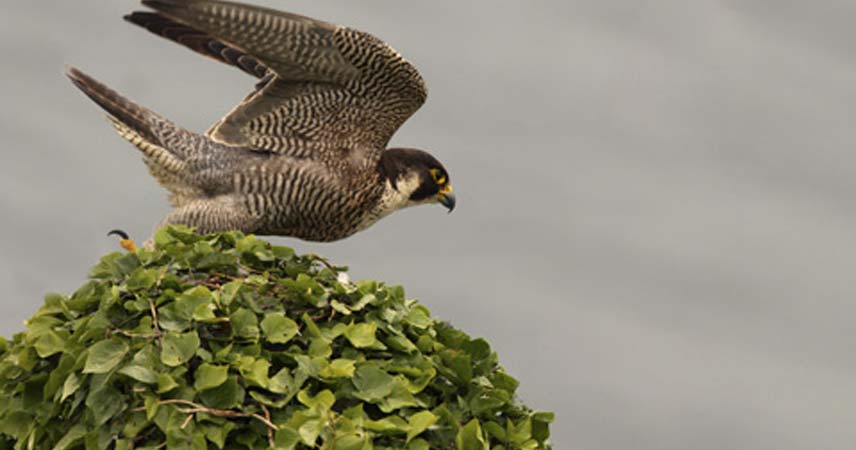 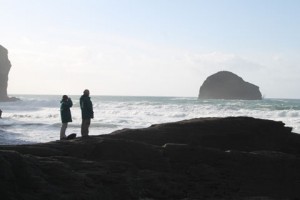 Trebarwith Strand – The steep-sided wooded valley down to Trebarwith Strand opens up at the dramatic entrance to this fabulous beach. A large rocky island called Gull Rock 600 yards off-shore is seen at the entrance of the bay. Framed by rugged high cliffs, the waves look quite spectacular against this backdrop. This is a popular surfing beach and the bay forms the perfect spot to listen to the roar of the waves after a storm at high tide.

The owner of the beach café informed us that the high tides around half-term will make this a less popular destination this year. However, you get the best impression of Cornwall’s dramatic landscape if you climb up the coastal path to the cliffs. It is then just a short walk on to Tintagel Castle so we highly recommend a visit to this destination to all our guests.

There is a large car park as you approach Trebarwith Strand, plus several small café’s and a pub on the cliff overlooking the bay. If you park here you can enjoy a full afternoon of Cornwall’s rugged landscape before heading back to the more sheltered South Cornwall landscape at Bosinver. 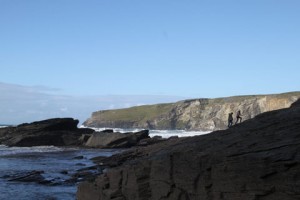 Tintagel Castle stands on windswept cliffs along one of Cornwall’s most dramatic coastlines. The castle is believed to be the birthplace of King Arthur who, as legend has it, was protected from the evil magician Merlin by his magical sword, Excalibur.

The medieval castle was built in the 13th century by Richard, Earl of Cornwall on Tintagel Head. However, the site has been occupied since the late Roman period and there was a prosperous settlement there well before that. From AD 450 to AD 650 Tintagel was closely involved with trade to the Mediterranean world as evidenced by the largest fragments of pottery, tableware and luxury goods found in Britain from this period.

BBC Frozen Planet’s wildlife cameraman, Ian McCarthy, loves walking the coastal cliffs of Cornwall where he now lives. He tells us why he has a particular fascination for filming the Peregrine Falcon on high coastal cliffs.

“The Peregrine Falcon (Falco peregrinus) is a widespread bird of prey and is renowned for its speed, reaching over 322 km/h (200 mph) during its characteristic hunting stoop (high speed dive), making it the fastest member of the animal kingdom.”

“This is where I first learned about Peregrines from the great expert Dick Treleaven. One of the key nesting sites that we filmed at was just east of Tintagel Castle. Dick had a particularly favourite bird called Orange Foot who was a very fine male and a bit of a lothario. He was one of the only Peregrins to be caught out as a bigamist as Dick manged to record that Orange Foot had two females on the go.” 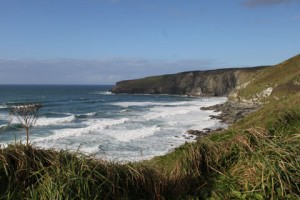 The Peregrine’s breeding range includes land regions from the Arctic tundra to the tropics. This makes it the world’s most widespread raptor and one of the most widely found bird species.

While its diet consists almost exclusively of medium-sized birds, the Peregrine will occasionally hunt small mammals, small reptiles, or even insects. Reaching breeding maturity at one year, it mates for life (normally) and nests in a scrape, mainly on cliff edges.

For more wildlife photographs by Ian visit his gallery at Fowey or see: https://www.ianmccarthy.co.uk/