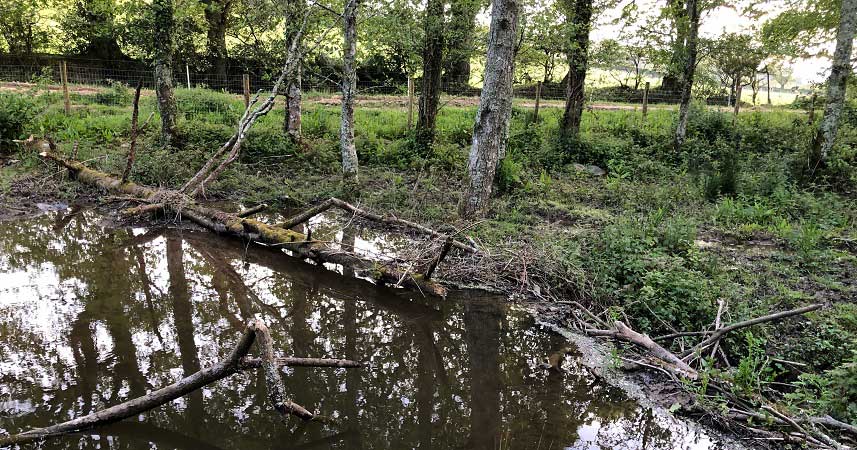 A visit to the Cornwall Beaver Project at Woodland Valley Farm

I was very fortunate to join a trip to the Cornwall Beaver Project organised by the Cornwall Wildlife Trust who are co-hosting the project with a number of universities and the farm owner, Chris Jones.

Beavers were once a native species in wetland areas across the British Isles. Some 400 years ago they were hunted to extinction for their meat and fur, (which is warm and exceptionally waterproof, making it good for coats and hats), and castoreum, a secretion used in perfumes, food and medicine. 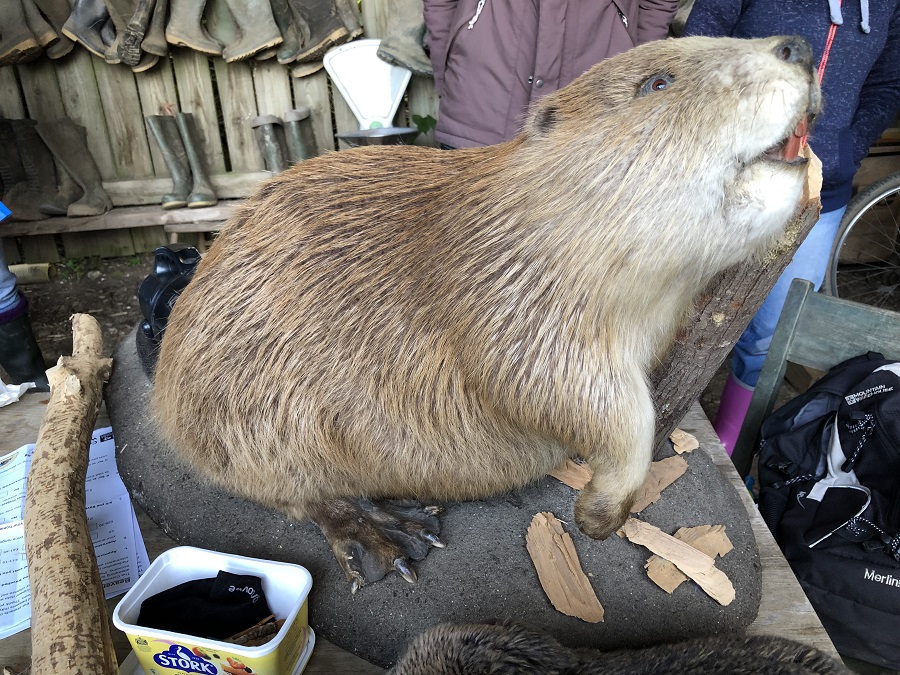 Over the last decade, beavers have been reintroduced in controlled experiments in Scotland and Devon to monitor the effect they have on biodiversity and flood prevention. The Cornwall Beaver Project reintroduced beavers to Cornwall in 2017 in a specially-created beaver enclosure at Woodland Valley Farm near Ladock. Two adult beavers, a male and a female, were released into the enclosure. They began dam building after just two nights and have continued constructing dams and channels.

What beavers could do for Cornwall

According to Cornwall Wildlife Trust, beavers could really benefit Cornwall – from helping to reduce flooding to improving habitats for wildlife. Once native to the British Isles, beavers are thought of as a  ‘keystone’ species of wetland habitats, which means other species, including fish, frogs, insects and birds, benefit from their activities.

Dam building and digging water channels allows the land nearby to hold more water, helping to reduce flooding. During very heavy rainfall, it means the water doesn’t flow as quickly into the rivers, which in turn helps prevent them overflowing. 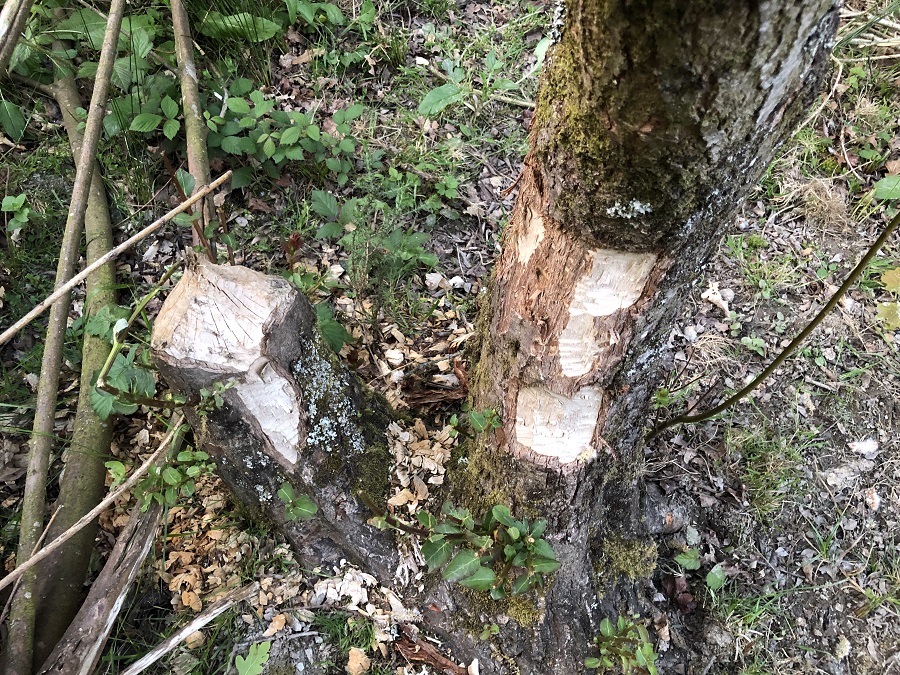 Beavers’ work can also make river water cleaner; slowing the flow helps to filter the water. Soil sediment and pollutants settle at the bottom of beaver ponds, trapping them away.

Our evening started with an introduction from Chris Jones. I have known Chris for years and his organic beef farm is held in high regard.

I had previously visited the farm at the start of the project, when the idea of a beaver reintroduction was first mooted and the land was being carefully monitored to allow accurate assessment of the effect that the creatures might have on the landscape and ecology.  It was fascinating to see the changes that had taken place in just over two years. The beavers have re-engineered the five-acre site on a tributary of the River Tinney in Ladock, an area increasingly affected by flooding. They’ve built dams and canals by cutting down trees with their amazingly sharp teeth and totally changed the landscape.

The analysis so far has shown that biodiversity and water quality has greatly increased and water flow has been considerably reduced to alleviate flooding. 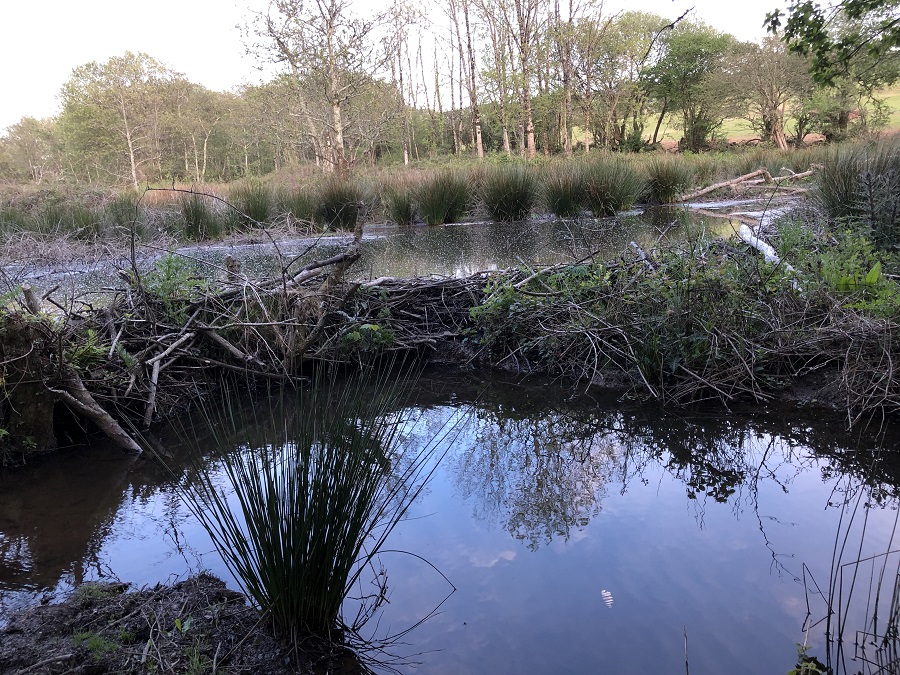 As the evening drew in, our silence and patience was rewarded by sight of the two adults going about their work on the ponds. It was magical to stand watching them in a small kingdom they had created and made their own. In fact I felt like an intruder, in awe of their achievements and reminded of the cycle of nature that we are just a small part of and should value more highly. 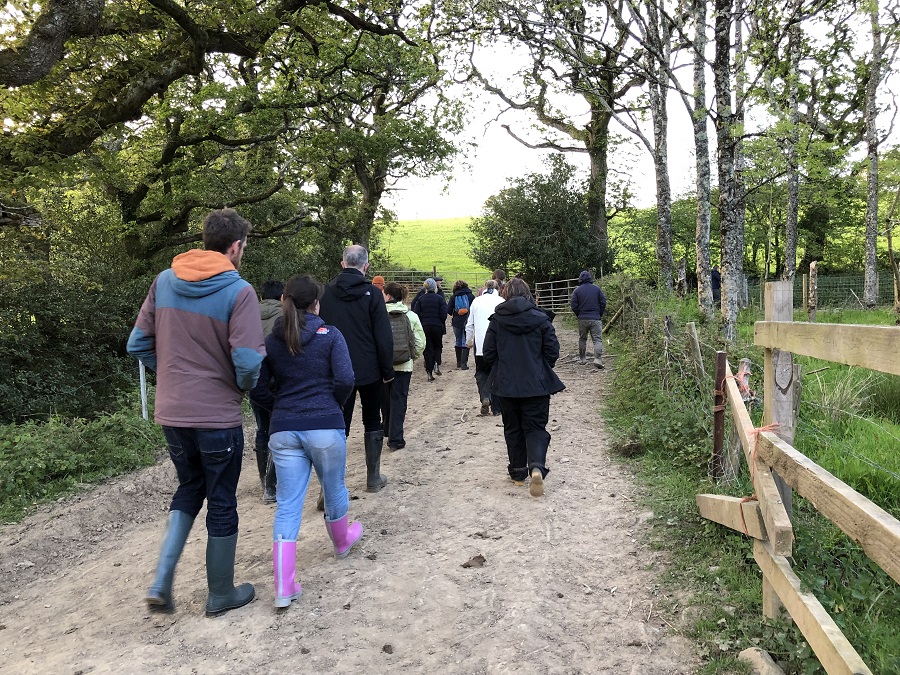 If you’d like to see the beavers for yourself and support the project. you can book a place to join Chris Jones and the Cornwall Wildlife Trust on one of the guided walks throughout the summer.