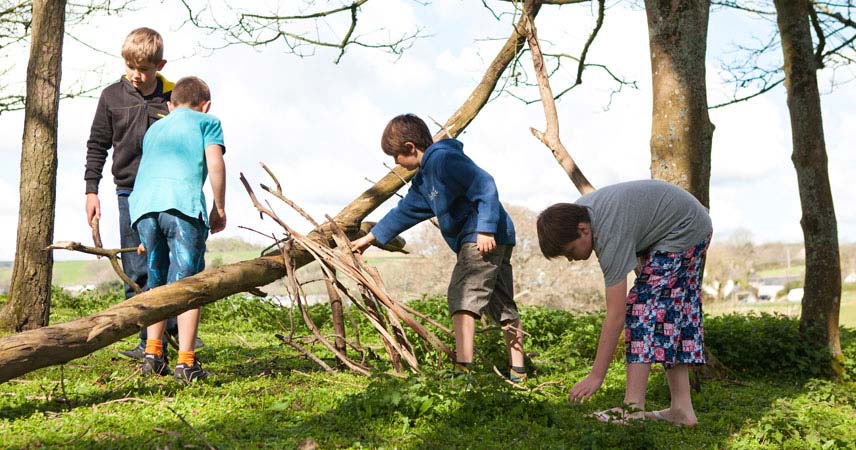 Why outdoor play helps children do better in school

We’ve always been advocates of outdoor play – that’s why we set up our Wild Kids club to give children chance to try out a range of activities outdoors and discover nature for themselves. We believe time playing outdoors is well spent, whatever age you are, but it’s particularly important for children’s well being.

Recent academic findings have backed up the fact that not only is outdoor play good for children’s physical development and overall fitness, it can also have a positive impact on their mental and emotional development. Basically, kids who play outdoors regularly are likely to better at school. 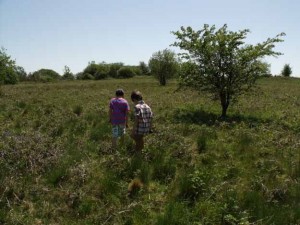 Sergio Pellis, a researcher at the University of Lethbridge in Alberta, Canada, has discovered that outdoor play actually changes the connections of the neurons in the prefrontal cortex. It’s this area of the brain that plays an important part in regulating our emotions and problem solving. Play also helps children develop social skills, including learning how to play fair and take turns. All these things combined lead to better grades in the classroom.

While many parents worry about how their children are doing at school, for our Wild Kids leader Tatum Triggs it’s never been a concern. She’s always believed in giving her two sons time to roam free and explore the outdoors, and she’s noticed the effect it’s had on them – and their school reports.

“My boys are going on 10 and 11 now, and although they are mostly the products of their own selves, like every other child in the country, school, family, and of course, the world in which they live have had a huge influence on them.

I don’t see school in the same light as many (OK, most) of my friends. I don’t want to know what test they have on any given day, and remain disinterested in the recent OFSTED findings. I don’t need to know what level they are working at, or what they need to do in order to achieve the next level. My interests lie in the areas that are not included in the stats that teachers are increasingly expected to collect. The first thing we ask at parents’ evening is, ‘is he enjoying himself at school?’ followed by ‘has he got good friends?’

So how is it that I know my kids are doing well at school? How can I possibly know that academically I have nothing to worry about? For me, the answer is simple: They are outdoor, free range, self-sufficient hardcore kids! What do I mean? Well, I mean that they don’t rely on toys, or gadgets. They don’t race to watch the next episode of the latest series of (insert TV programme here!), they don’t sit and text their mates, or stay up till 10pm watching the TV in their rooms. I know, I know, I sound smug don’t I? I guess I am a little. But if I do sound smug, it’s because I’m pleased that my children have the kind of life they have. A life unencumbered by social media, a life where they are not always waiting for the next bit of gadgetry or saving for the latest X-Box game.

My kids have the time of their life when they are poking the dead rabbit they have just found, or lighting fires on the beach in a thunderstorm with forked lightning (yes this actually happened!). They revel in the opportunity to get sand in their wellies, mud up their noses, and grazes on their knees. I will never stop them from doing something just because they will get dirty, and am seriously considering buying shares in Persil as a result! Both boys are given freedom to do ‘dangerous’ stuff – like climbing to the top of the tree or disappearing up the river for half an hour without a single grown up in sight. They both have bushcraft knives, and can set and light a campfire from scratch. 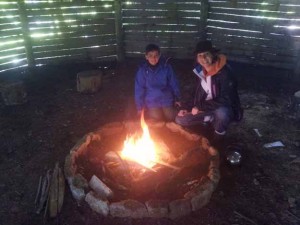 Some might consider me irresponsible, but actually, I consider myself to be the opposite. With every bit of freedom I give them, I fight a personal battle with myself. One where I weigh the risk against the benefit of what they can do. A fight where a mother’s instinct to protect her children does battle with her knowledge that she must allow them to develop skills and tools for survival. It’s also so often a fight against what is perceived as acceptable practice in general society. And this is why they do so many of these things that are often frowned upon. This is how my children have learnt for themselves some intrinsic life skills. They have learned to assess risk, they are confident, and have belief in their own abilities. They have developed methods to resolve issues independently of adults, and know to take care of others without stifling or belittling. My children like to know why, and will happily have a conversation about the reasons for any given rule.

Over the years, I have found that a happy result of this little recipe of danger, independence and mud is a good school report. The irony of it! The very thing that we have been least concerned with has come back as brilliant every time! We are not astonishingly clever parents (their dad’s a teacher and you all know what I do), so I guess we can’t put it all down to genes. We don’t fill their spare time with extra-curricular learning. In fact, I have banned my children from doing any homework apart from the big projects, which quite frankly are too cool not to undertake! They have already spent long enough in a classroom, and they need the chance to be kids once they get home.

So how does the stuff they do outdoors result in great grades for science, literacy and maths? I watched them a while ago. They were playing a game involving buckets and trees. They had to work out how long the rope should be, and how many pulleys would be needed to get the bucket into the oak. They had to figure out which way the pulleys would run, and what forces would be at work on them. Lifting water into a tree then became lifting water from a well in Africa – but which part of Africa? And would the children do it, or the dads? What’s that disease you get from mosquitos called? How do you spell ‘mosquito’? What happens when you get malaria? And so it went on, covering just about every school subject you can possibly think of.

And that’s how my kids have come home with such incredible school reports. They’ve made themselves into wonderful little beings with thoughts, and feelings, creativity and conscience, and a whole lot of intelligence in between. Of course the teachers have been good with them, and I would never take that away, but without the risk, the freedom and the imagination gained from outdoor play, I genuinely do not think that they would achieve as highly as they do.”

Our Wild Kids club runs regularly throughout the main season and during school holidays. Activities include den building, wildlife spotting, nature crafts, campfire building and more… Be warned – you may get muddy and like it!

What are your thoughts about outdoor play? We’d love to hear about your experiences and whether you’ve found playing outdoors has had an impact on your children’s behaviour and development.